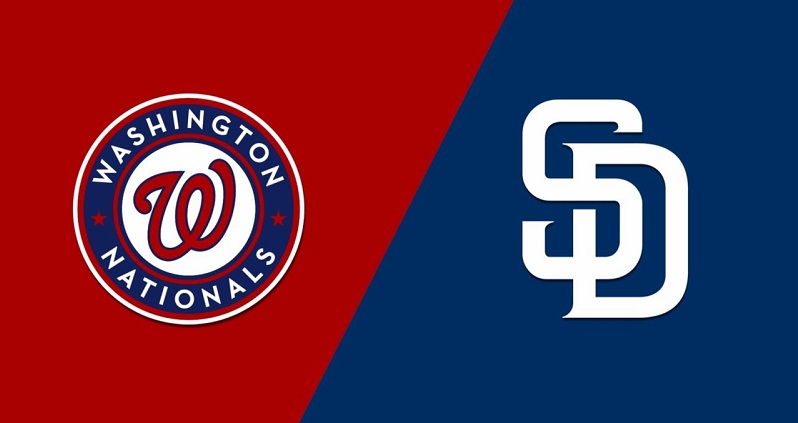 We have 16 games on the MLB schedule for Saturday, August 13, including this National League duel, and here you can see the best Padres vs. Nationals betting pick and odds.

San Diego and Washington will play the second of a three-game series at Nationals Park, and the Padres are -270 moneyline favorites on BookMaker Sportsbook, while the total is set at 9.5 runs. These National League rivals haven’t met this season before this series. Game 1 will be played on Friday night.

Padres won the series against the Giants

The San Diego Padres were on a five-game losing run and opened the divisional rivalry series against the San Francisco Giants with a loss, but responded with two wins to close it. During that losing stretch, the Padres failed to score in two games in a row, which is shocking considering a star-studded lineup they have.

Nevertheless, in two wins over San Francisco, San Diego scored 20 runs. Interestingly, they needed only two innings to score 13 in a 13-7 victory over the Giants. Brandon Drury had four RBIs and scored two runs, while Austin Nola and Manny Machado combined for five RBIs. Sean Manaea (6-6) pitched for five innings in a no-decision, allowing three runs on six hits with four strikeouts and a walk. Roberts Suarez was credited with his third win of the season.

The Washington Nationals will likely finish the season with the worst record in the entire MLB as their rebuilding process began following Juan Soto and Josh Bell’s trade to the Padres. The Nats’ struggles continued in the second half of the season and after being swept by the Phillies, they lost the series to the Chicago Cubs.

Washington had a 2-0 lead after the first six innings in the most recent game against the Cubs on the road, but Chicago responded with four runs in the 7th to secure a 4-2 victory. Power-hitting rookie Joey Meneses blasted a solo home run, his fourth of the campaign for the Nationals. Josiah Gray (7-8) was solid in 6.1 innings, surrendering two runs on seven hits with five strikeouts and no walks, while Steve Cishek took his third save of the year.

The Padres are in the race for the postseason, unlike the Nationals, who are having a losing season and are already turning to the next one. That said, I expect the visitors to win not only this game but also the series. Anibal Sanchez is not pitching well this year, and he will have a tough job against San Diego who is averaging .240 against righties and scoring 4.52 runs per nine innings. Yu Darvish didn’t allow more than three runs in each of his six starts (3-1 in that span) and I am backing the Japanese ace to get another W on Saturday.

I mentioned San Diego’s batters who scored 20 runs in two games against San Francisco. I am pretty sure they will score 5+ runs here without trouble, but I am not convinced with this new-look Washington offense against Darvish. Only because of the Nationals’ 26th offense, I am going with Under. Under is 4-1 in the Nationals’ last five vs. National League West rivals, while Under is 9-4 in the Padres’ previous 13 Saturday games.