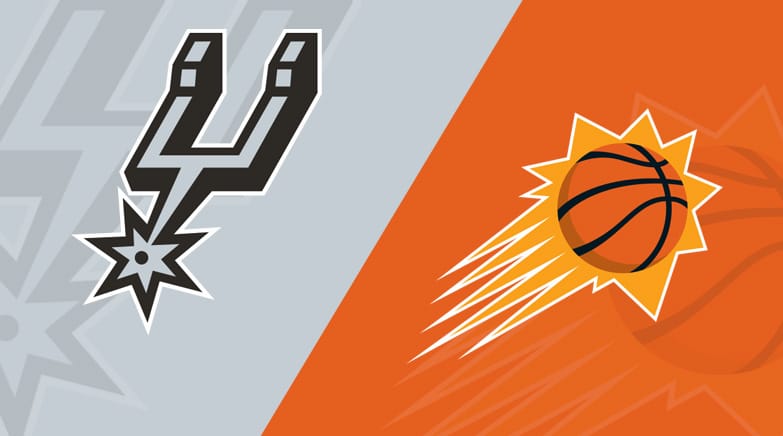 Week 8 of the 2021-22 NBA season tips off Monday, December 6, with ten games around the league, including the Western Conference showdown at Footprint Center in Phoenix, so here’s the best Spurs vs. Suns betting pick and odds.

San Antonio and Phoenix lock horns for the second time this term, and the Suns outlasted the Spurs 115-111 as 5.5-point road favorites on November 22, 2021. This time around, the Suns are listed as home favorites on Bookmaker Sportsbook, searching for their fourth straight victory over San Antonio.

The Spurs upset Golden State for their fourth straight W

The San Antonio Spurs improved to 8-13 SU and 12-9 ATS on the season following a surprising 112-107 road victory over the Golden State Warriors this past Saturday. Playing as big 9-point road underdogs, the Spurs dominated the Dubs for most of the clash to extend their winning streak to four games.

San Antonio nearly blew a 22-point lead at Golden State. The Spurs scored only 13 points in the fourth quarter but somehow found a way to escape with a win. Derrick White led the way with 25 points; Dejounte Murray had 22 points and 12 rebounds, while Lonnie Walker IV added 21 points off the bench.

The Suns hope to get back on the winning track

The Suns missed Devin Booker (hamstring) which was a huge blow in a matchup with the Warriors’ stingy defense. Phoenix made only 38.3% of its field goals and missed nine of its 35 free-throw attempts, while Deandre Ayton was the only Suns player with more than 12 points on his tally.

Ayton had 23 points and six rebounds against the Dubs, and with Booker (23.2 PPG, 4.5 APG) on the shelf, the Suns will continue to lean on their big man. Over his last ten outings, Ayton has averaged 17.3 points and 11.0 rebounds a night.

As we’ve mentioned above, the Suns have won their last three encounters with the Spurs, but they’ve covered only once in that span. San Antonio is riding a four-game win streak, so the Spurs’ confidence must be sky-high, especially after a road win at Golden State.

Hereof, the Spurs should keep it close against the Booker-less Suns. Phoenix has played some lovely staff since the opening day, but Booker is a vital part of their offensive game.

Both teams average just over 100 possessions per 48 minutes. Six of their last eight encounters have gone over the total, including the previous three. The totals are a tricky wager here, as San Antonio has improved defensively over the last couple of weeks, while Phoenix boasts the second-best defensive rating in the league, allowing 104.7 points per 100 possessions.