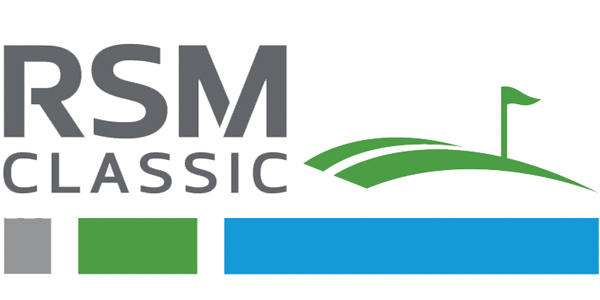 We didn’t get much in the way of Sunday drama, as Dustin Johnson faltered a little bit early in his round, but wound up firing a Sunday 68 to take down nearly $2.1 million and to ride off into the sunset with his hand on Paulina’s backside.

Our next major, to illustrate how messed up 2020 has been, will be the 2021 Masters in its regular April timeslot with any luck. For now, the players only have two more events before taking some time off for the holidays. One of those events is this week’s RSM Classic at Sea Island Resort on Saint Simons Island, Georgia.

This is a local track for a lot of players and also an event that brings a lot of players to the Peach State. This event, which has finished in a playoff in three of the last four years, is played on the Seaside Course and the Plantation Course at Sea Island, so it can accommodate 156 players.

With a field that long, we’ll save the odds for last, so you’ll have to read the analysis and then scroll down to see the prices, but we’ll work them in along the way for the players being discussed. We’ll use odds from MyBookie Sportsbook for that.

This will not look like the Masters field, but with this tournament in the same state and only the Mayakoba Golf Classic at El Camaleon left to go for 2020, a lot of players have just decided to stick around and take their chances. This is a full points event and a fond course for many that live in the area.

Players like Jason Day, Shane Lowry, Justin Rose, and favorites Tyrrell Hatton and Webb Simpson highlight the field. Of course Sungjae Im will play, as he plays just about every week, but Im just won a cool million for tying for second in the Masters, so his bank account is a lot bigger this time around.

Several players live here or have a place here, including Harris English, Matt Kuchar, Brian Harman, Zach Johnson, JT Poston, Patton Kizzire, Keith Mitchell, Hudson Swafford, and Davis Love III, whose foundation sponsors the event. He will not be in the field this week.

This is a pretty wide-open course. Players often play from the short grass here and this is annually one of the best tournaments for hitting greens in regulation. It could very well become a putting tournament, which is one reason why guys like Kevin Kisner and Mackenzie Hughes have won and why Webb Simpson and Patrick Rodgers have been runners-up the last two years.

In other words, this is a putting tournament, so you’ll want to look for guys that are good with the flatstick.

In our horse for course section, we highlight the guys that have played well here. By DataGolf’s Course History Index, Webb Simpson, the tournament favorite at +1000, is the best player here over his 30 rounds. Kevin Kisner (+4000) is fifth and has also played 30 rounds. Simpson has been runner-up twice and also has a third in 2018 and a seventh in 2013.

Kisner missed the cut last season, but had four top-seven finishes in five years before that, including a win in 2015.

We’ll see if Russell Henley (+2800) can get back on track here. Henley has missed the cut the last two years after finishing 10th, sixth, and fourth in his previous three starts.

We do have a better field here, so take these finishes with a grain of salt, not to mention course history is a major debate in golf betting circles.

As mentioned, we’re looking for putters this week and there are a few in the field that make a lot of sense. The price is depressed because he was playing well before not being in the field for The Masters, but Denny McCarthy’s name is always at the top of the list in putting tournaments. McCarthy (+6600) had top-10 finishes in Bermuda and the Sanderson Farms Championship before an even par tie for 38th in Houston. McCarthy led the entire PGA Tour in SG: Putting during the 2020 season.

Another guy rolling it really well is Jason Kokrak. Kokrak (+3500), who won his first PGA Tour event in the CJ Cup at Shadow Creek, had an early exit in his first appearance at The Masters, but ranks seventh in SG: T2G and is fourth in SG: Putting so far this season. We’ve got a depressed price on him as well with his recent play.

Further down the board, David Hearn (+20000), who tied for 30th last year, was 15th, 17th, and ninth in his three prior starts at the RSM Classic. Hearn is off to a fine start with the flatstick this season and this is a course that just seems to fit his game. If you don’t like the big price to win, consider a top-20 or a top-10 finish prop. Those are sure to be out there at reasonable prices.

Kristoffer Ventura (+12500) actually did everything right except when he got to the greens last season in his first start on Sea Island. He was second in SG: T2G, but missed the cut because the putter failed him. The 25-year-old has two top-10 finishes this season already and finished fourth in SG: Putting last season. This looks like a good week to take a shot on him.

Mackenzie Hughes (+6000) is a past winner here that finished in the top 10 in SG: Putting last season. He was seventh in the Vivint Houston Open and third in Punta Cana. Hughes has been playing extremely well of late, including three top-15 finishes in the FedEx Cup Playoffs events. He fired a final-round 63 in the Houston Open before taking a week off because he did not qualify for The Masters.

There are a lot of ways to go this week, but McCarthy, Ventura, and Hughes are the picks for me. Kokrak’s length is still a factor here in this tournament, but that’s a low price because he’s won recently and has some name recognition as a result. He also hasn’t been a good putter throughout his career, so we’ve got some sample size bias in his recent returns.

We’ll take the putters in McCarthy, Ventura, and Hughes and hope for a Sunday sweat.

Odds from MyBookie Sportsbook as of November 16, 2 p.m. ET: