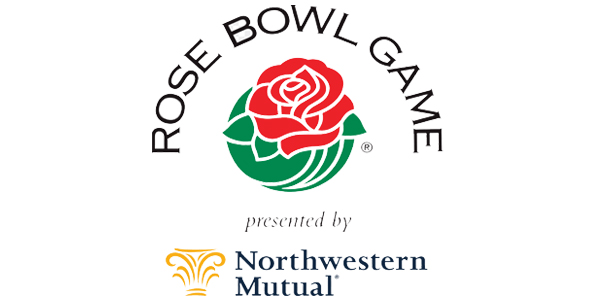 Few people may have thought the Notre Dame Fighting Irish would have been in the college football playoff – at least prior to their victory over Clemson at South Bend. But there was no way to keep them out – not with an undefeated record and a win over the Tigers.

But the challenge they will face on New Year’s Day is a whole lot different. While they did not have to go against Clemson with Trevor Lawrence, they will be facing an Alabama Crimson Tide squad with TWO Heisman Trophy finalists.

So BetOnline customers will see their defense, which is formidable, take its chances against Mac Jones, DeVonta Smith, Najee Harris and the powerful Alabama Crimson Tide offense, part of the Rose Bowl – also the national semi-final in the playoff – kicking off at 4 PM ET at AT&T Stadium in Arlington, TX. Yes, you heard that right; the Rose Bowl has moved east. We’ll talk about that in a second.

We mentioned that Notre Dame is here on the strength of a win over Clemson. Obviously Alabama would have had a chance to get into the playoff even if it lost in the SEC Championship Game. But there would have been controversy. But they managed to beat an explosive Florida team 52-46, which punched their ticket.

It also demonstrated that this Crimson Tide is not impenetrable, when encountered with the right kind of offensive attack. Does Notre Dame fit that description?

Here are the latest posted odds on this Rose Bowl game:

And remember that with Odds Booster, you’re going to get greatly enhanced payouts on pre-selected parlays every day!

When you look at the Irish, they have a quarterback in Ian Book who sometimes looks sensational (like he did against Clemson), and sometimes feels as if he can’t figure out the defense the other team is playing. But he has done a tremendous job in minimizing mistakes (just two INT’s), so perhaps Alabama isn’t going to be given any free opportunities.

Frankly, they don’t need any. As the Heisman finalists were just announced, Mac Jones, who had a tough act to follow after Tua Tagovailoa got injured, is on the list, and he completed 76.5% of his passes with 32 touchdowns. His main target, DeVonte Smith, had 1511 yards and 17 TD’s and established himself as the top receiver in college football. And you can’t overplay anything here either, because they can run as well as anybody when Najee Harris carries the ball. He’s a load – with 1269 rushing yards, a good pair of hands, and 27 rushing-receiving touchdowns.

When you put it within the context of the conference where they play, they are the best offense in the country, with 544 yards and almost 50 points a game.
And most of the way this has been done without perhaps the most explosive weapon of all, wide receiver-kick returner Jaylen Waddle, who has averaged 22.5 yards per catch before being lost with an injury.

These guys can really strike from anywhere. Jones leads the nation with 11.4 passing yards an attempt. And he’s not a short-armer either; he throws it down the field.

Notre Dame was #8 in the country in pressure on quarterbacks. Jones was sacked only ten times, so it becomes a question of whether he can operate while being under the gun….. or maybe his offensive line is so good that it nullifies it. That offensive line will be going without center Landon Dickerson, who is one of the best in the business. But there are monsters elsewhere, including Alex Leatherwood, an All-American who protects his blind side.

The Irish are going to try to run the ball; that shouldn’t be a mystery. But at what point might they have to abandon it? Both of these teams faced offenses that threw the football about 54% of the time. Some of that is because they were usually in the lead and the other team was playing catch-up. We can tell you that Patrick Surtain II has the potential to shut off half the field from his corner position.

But ND could maybe run. They’ve done it well enough (5.1 ypc), and even though the Tide has allowed 3.2 yards a carry, advanced metrics at Football Outsiders, for example, show that their defensive line is just 59th in Adjusted Line yards and 67th in Stuff Rate. Meanwhile, Notre Dame ranks #1 in the nation in Stuff Rate.

We seem to be giving you some reasons why Notre Dame could possibly keep this close, yet we don’t really get that overall impression. What we think is that maybe they can use some weapons to get points on the board more successfully than they did against Clemson in the ACC title game (which they lost 34-10). But nobody’s winning a shootout against ‘Bama. And maybe this gets just a little ugly? If it does, we are headed way OVER the total.