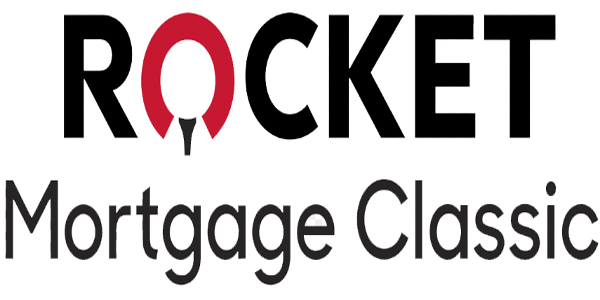 For the first time since the return of the PGA Tour, we have a field that looks more like something we would see sandwiched between two majors. The Rocket Mortgage Classic at Detroit Golf Club still has a solid field, but nothing like what we have seen for the last three events.

This is just the second year of this event, which finished up on June 30 last year with Nate Lashley lifting the first trophy of his PGA career. Only five of the top 10 in the FedEx Cup standings are on hand, but this should still be a quality tournament with a good Sunday ending for those trying to get over a hangover after the 4th of July holiday.

We’ll break it all down with odds from 5Dimes Sportsbook and give you a look at this Independence Day Weekend event.

This is a weaker field than what we have seen, but there are still quite a few big names. Bryson DeChambeau is probably the biggest at his +660 price tag. He is the unquestioned favorite, followed by Webb Simpson around 10/1, Tyrell Hatton and Patrick Reed at about 14/1, Viktor Hovland at 16, and Hideki Matsuyama at 18. There are a handful of players between 20/1 and 40/1, including Sungjae Im, Tony Finau, and Rickie Fowler.

The tough thing about this field is that players we’ve seen in the 125 and 150/1 ranges are now priced down in the 80s because of the lack of strength at the top. Hitting an 80/1 shot is still an excellent prize, but those guys did have higher numbers for previous events. Players like Patrick Rodgers, Keegan Bradley, and Branden Grace are seeing depressed prices this week.

Low scores will be had this week. The cut line last year was 5-under at Detroit Golf Club, a par 72 coming in at 7,330 or so yards. Fans will once again not be permitted and the expectation is that the course will have some more penal rough, which won’t be trampled down by spectators, so it is a possibility that the course plays a little feistier this time around.

Six of the 18 holes played over par last year, but players dominated the par 5s. Par 4 scoring will be one of the key stats to look at this week because those are the holes that are likely to decide the tournament. Most of the field will go birdie or better on the par 5s unless the course plays a lot differently.

The Donald Ross design is low on hazards, save for some shallow bunkers, but there will be some tough lies on slopes in the rough for those that are not accurate.

This is our horse for course section and, to be totally honest, there isn’t much to put here this week. There has only been one event here. Lashley paced the field with 4.34 strokes gained per DataGolf. The next closest was runner up Doc Redman at 2.84. Rory Sabbatini, Wes Roach, Brandt Snedeker, Ted Potter Jr., Brian Stuard, Patrick Reed, and Cameron Tringale were all in the top five.

Stuard was the top putter in strokes gained, followed by Lashley, and then Talor Gooch, who finished tied for 17th because every other part of his game struggled.

Play off the tee didn’t seem to matter a ton for whatever reason. Kevin Tway, Martin Trainer, Trey Mullinax and Corey Conners were top four in SG: Off-The-Tee and all four missed the cut. Tway was even sixth in SG: Tee-To-Green and still missed the cut. He was also one of the event’s worst putters last year. With the exemption of Adam Svensson, who shot 4-under and missed the cut, the top 13 in SG: Approach all made the cut.

It was all about putts and approach shots last year. We’ll see if the tournament plays the same way this year. With the rough allegedly thicker this time around, that could make driving accuracy more important.

It is really hard not to like DeChambeau’s chances this week. It is also hard to like the price on him. DeChambeau racked up another top-10 finish last week at the Travelers and now has three since the return. His SG: Around the Green and Approach were a little bit low last week, but he putted extremely well again and really let it rip off the tee. The problem here is that BDC has had some issues with those two things and those are two key components at Detroit Golf Club. He’s been putting well enough to win and that could be the deciding factor, but you can probably poke enough holes in his body of work to not take him around 7/1.

Who fits the profile of this course? Viktor Hovland has not putted well enough at 16/1, but his iron game is strong. That is basically the same problem week in and week out for Hideki Matsuyama. Tyrrell Hatton has actually putted really well, so he is probably the best of the under 20/1 crowd. But, we’re looking for bigger game.

Something has been just a little off each week for Lucas Glover, but he’s been rolling it well. Glover was tied for 20th in SG: Total last week per DataGolf because his game off the tee was a little erratic, but he was dialed in on his approach shots and turned in a fine tee to green effort. He was 21st in the RBC Heritage with solid numbers across the board. He didn’t putt well at the Charles Schwab and finished just outside the top 20. Glover is +6600 this week and sits 52nd in driving accuracy.

The price on Doc Redman is 45/1. Redman was 225/1 last week. That’s what happens when you finish just outside the top 10 and had a runner-up here last year, albeit six shots back from Lashley’s unbelievable 72-hole pace. He’s a tee to green monster that usually has issues with the putter. Last year he was 13th in SG: Putting at this event, but it was a weaker field. The depressed price makes it hard to take him, but he rolled it well here last year and fits the course profile as an accurate driver that plays well with his second and third shots.

JT Poston falls into a similar category, except he’s an excellent putter. His price is down to 40/1. We’ve hit on some good triple-digit prices that haven’t come in, but have had much lower prices in recent weeks. There isn’t a ton of value left on those guys from a price hunting standpoint. Per the official PGA Tour website, Poston is tied for seventh in SG: Putting.

The three players I like the most this week are Hovland, Poston, and Glover, with Hovland at a much lower price, but he may be worth attacking with in matchups. Because low scores are an inevitability on this course over the weekend, reassess how things are going Friday night into Saturday and look for some opportunities for betting live tournament futures. Poston is an excellent putter and this may become a putting contest again.

Michael Thompson is 100/1 as a long shot play. He finished outside the top 50 at the Travelers, but putted fairly well and was pretty good on approach. He had his issues otherwise, but he was excellent during a top-10 finish at the RBC Heritage.