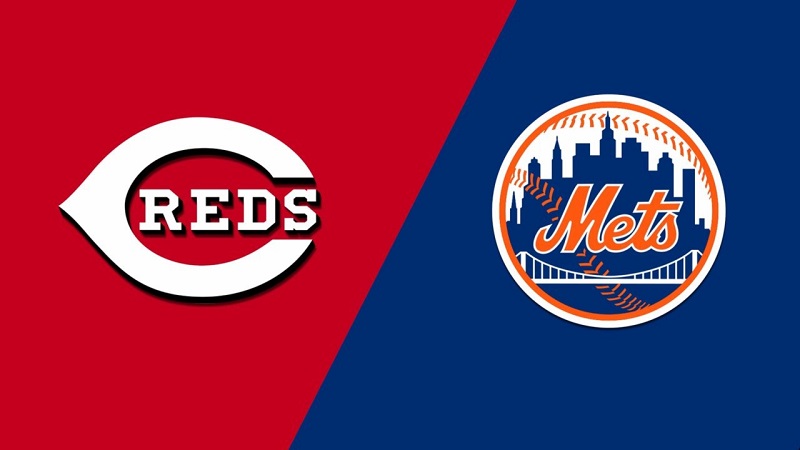 The Cincinnati Reds drew first blood in their weekend series against the New York Mets on Friday night. A win on Saturday would guarantee a series victory and serve as a pretty decent setback to the Mets, who are trying desperately to hang on through all of the injuries in the crowded NL East race.

The Mets are favored once again on Saturday, as they’ll send recently-acquired Rich Hill to the mound priced in the -120 range at BetUS Sportsbook. With Wade Miley on the bump for the Reds, we see a total of 8.5 for this Saturday evening affair. Sign up at BetUS Sportsbook and get a fine deposit bonus to get your bankroll off on the right foot today!

The Reds were in an interesting place at the Trade Deadline. Their only path into the postseason is to find a way to pass Milwaukee and hold on for the NL Central title. That left the front office wondering if it was a worthwhile endeavor to be a buyer and give up some future assets to improve for this season.

The Reds took a fairly conservative approach, doing their best to bolster what has been one of the worst bullpens in baseball. Cincinnati added Justin Wilson, Luis Cessa, and Mychal Givens to the relief corps. Otherwise, the Reds stood pat, leaving their offense and starting rotation untouched.

As we all know, the Reds have been a tale of two teams between the road and home. They’ve had the best of times at home, posting a .342 wOBA that ranks third. They’ve sometimes had the worst of times on the road, coming in 14th with a .313 mark. The contrast between the home and road splits has narrowed of late, but it still exists and the betting market still treats the Reds like a leper colony away from home.

With the trades, the Reds are hoping that the bullpen will stabilize a little bit. This has been one of, if not the worst, bullpens just about all season long. It forces the starters to go deeper into games and the offense to score more runs. Perhaps these recent deals will help the cause.

The New York Mets continue to deal with a litany of injuries. Francisco Lindor remains sidelined, but the Mets did go out and get Javier Baez to fill the void and then move to second base when Lindor comes back. The Mets were somehwhat aggressive at the Trade Deadline. They likely believe that they are the best of the bunch in the division, but still needed reinforcements.

Along with Baez, the Mets got Saturday’s starter, Rich Hill, and fellow starter Trevor Williams. Right now, the Mets are missing Jacob deGrom, Noah Syndergaard, David Peterson, Joey Lucchesi, and even depth options like Corey Oswalt and Sean Reid-Foley. They needed some pitching depth and found it with the veterans Hill and Williams.

The hope is that the Mets offense can pick it up with a healthier group. Guys like Jeff McNeil, Michael Conforto, and Brandon Nimmo all missed significant time. JD Davis remains out, but the Mets have gotten several key guys back and Pete Alonso is having a monster year. Still, the Mets rank in the bottom third of the league offensively in a lot of categories. Citi Field has been part of the reason why, as offense has been hard to come by.

Rich Hill has a 3.95 ERA with a 4.54 FIP in his 100.1 innings of work this season. The 41-year-old left-hander allowed three runs on five hits in five innings in his first start with the Mets. He’ll hope to do better here. Hill has experienced a very big spin rate decrease since the foreign substance crackdown of early June, so it is a bit of a surprise that any team wanted him.

The Mets bullpen has been worked hard to this point in the season. Fortunately, Friday’s loss meant that some of the key relievers got another much needed day off, but Carlos Carrasco only went four innings in his first start of the season, so it was another day with five innings required from the pen. Keep an eye on the fatigue with this unit.

As the Mets get healthier, they should probably see better outcomes and returns, but they don’t deserve to be laying this kind of price with Hill on the mound against a solid starter in Miley and a solid team in the Reds. The Reds now have more wins than the Mets and aren’t as inept offensively on the road as this line would suggest.