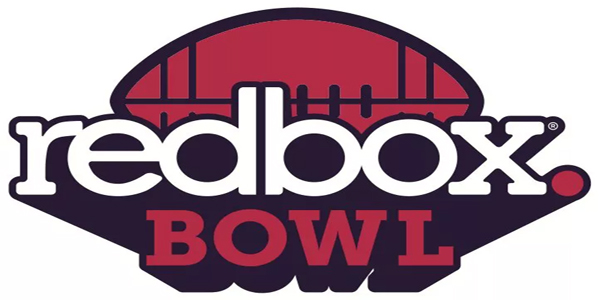 It’s been five years since the Illinois Fighting Illini have made it to a bowl game. So it is understandable that even with a 6-6 record (8-4 ATS), this is a year of progress. So Lovie Smith will take his Big Ten team into the Redbox Bowl on Monday December 30 against the Pac-12’s California Golden Bears, slated to begin at 4 PM ET at Levi’s Stadium in Santa Clara, CA, which is home of the San Francisco 49ers.

BetAnySports patrons can watch the game and place wagers on it in real-time, using the facilities that are available through Sports Betting Ultra.

Illinois (6-6 SU, 8-4 ATS) has had something of an up-and-down season. The highlights included upset wins over Wisconsin and Michigan State, and the Illini got his share of “cheap” wins over bottom-feeders like Akron, UConn and Rutgers. And they would have finished over the .500 mark if they hadn’t faltered against Northwestern in the season-ending rivalry game (29-10 loss).

Smith, of course, was a noted defensive coordinator and later a head coach in the NFL, who took the Chicago Bears to a Super Bowl (losing to Indianapolis). And he’s done okay with this group that no one expected much from.

California (7-5 SU, 6-6 ATS) propelled itself into the national rankings with early wins over Washington, North Texas and Ole Miss. But then they ran into injury problems at the quarterback spot, and they didn’t have much offense to begin with. After a four-game losing streak, they rebounded with a win over Washington State, were routed by USC, but beat Stanford and UCLA to qualify.

Illinois isn’t considered to be consistent offensively, but they have scored 30 points or more six times. Cal has held eight of its foes to 21 points or less.

In the NCAA football betting odds posted on this game, the Golden Bears are favored in what amounts to a quasi-home game:

Remember that if you have reduced juice at BetAnySports, you can get better odds by avoiding the usual -110 you’d have to lay on football. Check it out!

Justin Wilcox is known for defense, and he’s got the background to substantiate that. After stints as the coordinator at Boise State, Tennessee, USC, Washington and Wisconsin, he came to Berkeley.

Despite being ranked just 63rd in Total Defense, they are extremely respectable against the run (allowing 3.5 ypc) and have chalked up 34 sacks. This was supposed to be one of the top secondaries in the nation at the season’s outset, but they’ve picked off just seven passes.

The star here, without question, is Evan Weaver, an All-American linebacker who led the nation is tackles per game (14.4) as well as solo tackles.

He’s a difference-maker, as are Illini linebackers Jake Hansen (leads nation in forced fumbles) and Dale Harding (second to Weaver in tackles per game). Illinois’ stop unit has playmakers, but was not necessarily airtight (ranked 78th overall). What they did was generate turnovers – 29 of them, in fact, which was the third highest total in the nation.

Cal QB Chase Garbers (1500 yards, ten TD’s) suffered through a broken collarbone and a concussion this season,. but here he is, and he gives the Bears the best chance to win. He just doesn’t have a lot around him, as this offense is 117th in the nation.

Illinois is actually two spots below that, and Michigan transfer Brandon Peters (only 54.6%, 1611 yards, 76th in efficiency) may not be able to make the start after sitting out the Northwestern game with a concussion. They are staying relatively silent on his status. Backup Matt Robinson (34 of 60) led a nice comeback against Michigan before fumbling twice. He’s got a small frame for the position (6-0, 190) and may not be able to execute too many designed runs in Rod Smith’s spread option-type scheme.

That’s a variable. Cal doesn’t give the ball up much (just 13 TO’s), and they absolutely don’t hurt themselves a lot with penalties. There are quite a few Illini on the injury report, so there’s some uncertainty. Cal feels a need to redeem itself for last year’s 10-7 OT loss to TCU in the Cheez-It Bowl. They rate the edge on this field. And I would not be shocked if this went “over,” considered that the respective defenses may not be as good as the impression most in the public have of them.

BetAnySports gives you better odds on the pointspread and total with reduced juice, along with exciting player props, and real-time wagering with Sports Betting Ultra and Live Betting Extra, so you can get the most out of all the bowl games……. You’ve got options with which to open an account; just use your debit or credit card, person-to-person transfers or the virtual currency of Bitcoin, which is fast and easy with their automated system, and NEVER incurs a transaction fee!