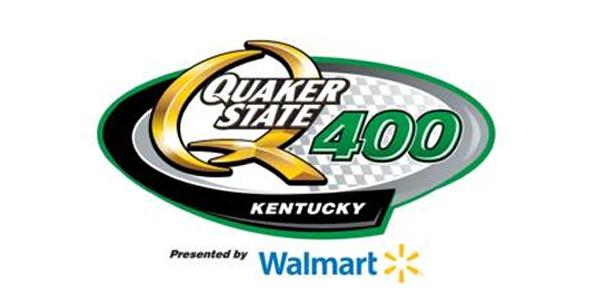 The fact that Kevin Harvick won the Big Machine Hand Sanitizer 400 was not a surprise to anybody. The fact that Matt Kenseth nearly stole a playoff spot with a win most definitely was.

It seems unlikely that we’ll get any surprises on the 1.5-mile track in Sparta, Kentucky for the Quaker State 400, but you never know. Once again, fans will not be on hand this week. With no fans, the race switched from being a Saturday night race on July 11 to a Sunday afternoon race on July 12 at 2:30 p.m. ET.

This is a relatively new race for the Cup Series that started back in 2011. It will be the 17th race of the 2020 Cup Series season and we’ll break it all down for you with odds from 5Dimes Sportsbook, some track stats, and our picks for the winner and some matchups.

The board is so plug-and-play for NASCAR right now that it isn’t even funny. Make Kevin Harvick the favorite, which he is at +375. Make Kyle Busch the second favorite, despite not having won a race yet this season. Make Denny Hamlin the third favorite, with a price slightly higher than those of Brad Keselowski, Martin Truex Jr., and Chase Elliott. Put Penske teammates Joey Logano and Ryan Blaney next. Then a big gap to Clint Bowyer and Kurt Busch.

The 1.5-mile tri-oval in Sparta, KY is not far from I-71 nor is it far from Belterra up in southern Indiana, so this is traditionally an easy spot for fans to get to, however fans will not be in attendance this season. Turns 1 and 2 check in at 17 degrees and Turns 3 and 4 check in at 14 degrees.

As a general rule, this is a pretty clean race. The 2016 race, which was the third of Keselowski’s wins at this track, was run on a recently-paved track and featured slippery corners and 11 cautions. NASCAR officials were also using a different rules package. For comparison purposes, there have been 11 cautions over the last two races. There were nine in 2017.

Real quickly, here are the standings after 16 races. Kevin Harvick leads with 637 points and has four wins. Chase Elliott only has one win, but sits second with 552 points and leads all drivers in stage points with 166. Brad Keselowski is only three points behind Elliott, despite only having 92 stage points. Ryan Blaney and Denny Hamlin round out the top five with 534 and 528 points, respectively.

Joey Logano is sixth, just one point behind Hamlin. Martin Truex Jr. is 26 points behind Logano in seventh. Alex Bowman, Aric Almirola, and Kyle Busch round out the top 10 with 471, 465, and 461 points, respectively.

Kurt Busch, Matt DiBenedetto, Clint Bowyer, William Byron, Jimmie Johnson, (update: who is officially cleared to race this weekend), and Austin Dillon would be in if the playoffs started today as the rest of the top 16. Erik Jones is six points behind Dillon and Tyler Reddick is 10 points behind Jones.

Joey Logano has a couple of top-five finishes and six top-10 finishes in his nine races. A few longer-shot names this week include Ryan Newman, who has three career top-five finishes here, and Matt Kenseth, who has a win, three top fives, and six top 10s in his nine races. His average finish of 8.4 is actually the second-best of anybody with at least six races. As a random side note, Jeff Gordon never led a lap here, but still has the second-highest average finish among drivers with at least five starts at Kentucky.

This is a real challenge this week because all signs point to Kyle Busch getting off the schneid, but something has gone wrong virtually every week for him. Can you ever remember a season in which Busch sat 10th in points this late into the game? He’s finished second three times, third once, fourth twice, and fifth once, but he hasn’t even led the most laps in a race yet. This track is his and Toyota has five of the nine wins, but something goes wrong week in and week out. Do you have enough confidence to fire at +500?

Harvick deserves to be the favorite, given that he has been so good just about everywhere, but he only has one top-five finish in nine races here. The +375 price isn’t nearly good enough with his track history, even if his current form is quite good.

Keselowski has the three wins and only Kyle Busch has more career earnings at this track. The +770 price isn’t bad at all, but Keselowski has had to get lucky a few times by being in the right place at the right time. The only driver in the top 10 with fewer stage points is Almirola. Keselowski has just been stalking the pace really well and has avoided wrecks. Maybe the blueprint is the same this week, but this is usually an event about getting in front and staying in front.

Truex hasn’t had many strong finishes this year, but we know he is great on 1.5-mile tracks and has the two wins here at +770. This is the right type of track for him and he is the pick among the favorites, but all of these guys have a great chance to win.

BET ON MARTIN TRUEX JR. TO WIN THE QUAKER STATE 400

Sure, let’s throw Erik Jones’s name into the ring at +2750. Jones has three starts at Kentucky and has one top-five finish and has been in the top 10 in all three races. In fact, his average finish is 5.3 over his three career starts. As mentioned, Toyota does extremely well here. Jones is going to get a win. Maybe this is the one.

If nothing else, looks for Jones in some matchups and some group finish props.