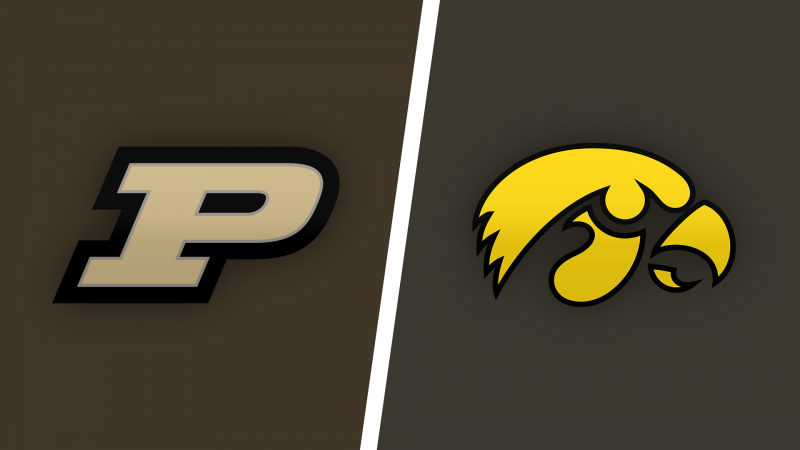 The college basketball betting action continues Thursday, January 27, 2022, with the Big Ten Conference showdown from Carver-Hawkeye Arena in Iowa City, so we have prepared the best Purdue vs. Iowa betting pick and odds.

The Boilermakers meet the Hawkeyes for the second time this season. Back in December, Purdue defeated Iowa 77-70 as a huge 15.5-point home favorite. According to BetOnline Sportsbook, the Boilermakers are small road favorites this time around, so let’s take a closer look.

Purdue hammered Northwestern to get back on the winning path

The Purdue Boilermakers (16-3; 10-9 ATS) are coming off an 80-60 home victory to the Northwestern Wildcats this past Sunday. They bounced back from a 68-65 defeat at the Indiana Hoosiers, recording their fourth victory in the last five outings.

The Boilermakers improved to 5-3 in conference play and sit at the fifth spot of the Big Ten standings. They are No. 8 in the NCAA NET Rankings and No. 6 in the KenPom rankings. The Boilermakers boast the highest offensive rating in the country, tallying 124.1 points per 100 possessions. They shoot 50.1% from the field (4th in the nation) and 40.1% from beyond the 3-point line (5th).

The Iowa Hawkeyes (14-5; 12-7 ATS) bounced back from a tough 48-46 defeat at the Rutgers Scarlet Knights, outlasting the Penn State Nittany Lions 68-51 as 10.5-point home favorites. It was their third win in the last four showings, as the Hawkeyes improved to 4-4 in conference play.

Sophomore forward Keegan Murray (22.8 PPG, 8.4 RPG) continues to lead the way for the Hawkeyes. After posting a 13-point, 13-rebound double-double against Rutgers, Murray had 15 points and eight rebounds in that comfortable win over Penn State.

Neither of these two has impressed defensively so far this season, so we should see a tight battle between a couple of offensive-minded teams. While Purdue surrenders 97.5 points per 100 possessions (65th in the nation), Iowa yields 99.2 (96th).

The Boilermakers dominated the Hawkeyes in their first meeting of the season, but Iowa missed its best player. The Hawkeyes will be more dangerous with Keegan Murray in the lineup. I’m still backing Purdue because of its great depth, but this clash could easily go either way.

Five of Purdue’s and Iowa’s last seven games overall have gone over the total. I’ve already mentioned a few times how much these two teams lean on a prolific offense, so I’ll follow the betting trends and take the over on the totals.