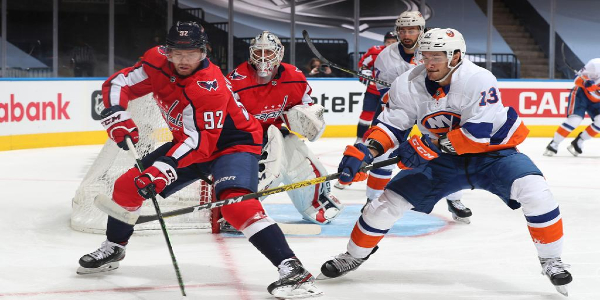 An analysis of the New York Islanders this season hasn’t had to be too complicated. They have largely played like a Stanley Cup champion at home and like an also-ran on the road.

The Islanders have been so dominant at the Nassau Coliseum that it was actually kind of surprising to us that they couldn’t even put a goal on the board during regulation time against the Washington Capitals on Thursday night.

But the fact is that they didn’t, and in a very tightly-contested East Division, they lost a share of first place and are now in third position, with the Boston Bruins just three points behind and with a game in hand.

The Islanders and Caps will once again get together on Saturday in Uniondale, Long Island. And BetAnySports gives you the opportunity to grab some better odds with reduced juice as well as great live wagering with Sports Betting Prime.

As you will see, the Islanders are the favorites;

Thursday’s game went the initial 60 minutes without any scoring. Then the Caps won in a shootout, in a contest that featured outstanding goaltending from Washington’s Ilya Samsonov and the Islanders’ Semyon Varlamov.

Not scoring at home has been out of character for the Islanders. They have been the NHL’s highest scoring home team, averaging 3.5 goals per game. The end result is a 19-5 won-lost record on the island.

And this is a team that has generally gotten off to pretty good starts at home, which helps. They have, in fact, outscored the opponents 30-11 in the first period. No, they did not have a first period goal on Thursday, but they did seem to dominate the action, outshooting the Caps 15-4 over the first 20 minutes. More quality chances, obviously, will result in more goals in the long run.

The Islanders are tied with Pittsburgh for the second spot in the East, a point behind Washington. So as you can imagine, every day there could conceivably be a change in the division leader, and as we mentioned, the Bruins could soon join the party. This is probably the most exciting race in the NHL right now.

Under Barry Trotz, who won the Stanley Cup with Washington but didn’t stick around and wound up with the Isles, the home team here is defensive-minded (allowing third fewest goals in league). Some of the pundits feel that the injury loss of Anders Lee is going to be their undoing in the end. Their winning percentage without him is only slightly lower than it was with him, but his leadership value (he was team captain) is hard to calculate.

It could be that the Islanders are trending downward. But we still have to respect what they do at home. And with a 20-1-2 record when they score first, their proficiency in first period action at the Coliseum has to be a factor as well.

We realize how good Washington is. But we’re going to pay the price to see the Islanders rebound at home.

BetAnySports gives you all the NHL action you can possibly handle. And the really good part is that you can get better odds with reduced juice, as well as real-time wagering through Sports Betting Prime…..And if you are looking for a headache-free method to get involved, Bitcoin is welcomed with open arms, and NO transaction fees!