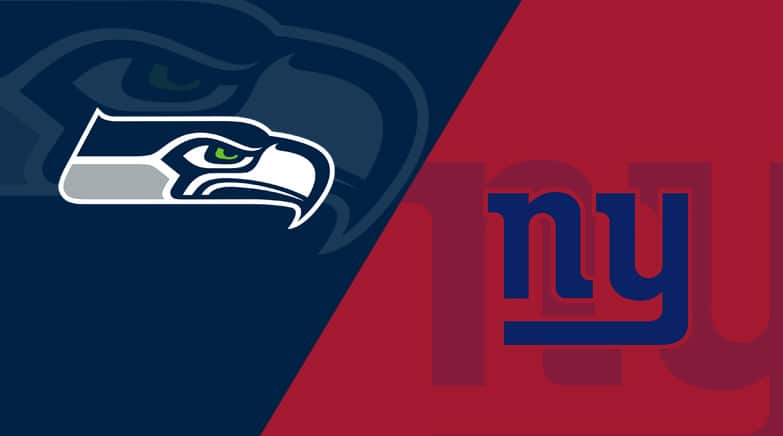 Pro Football Odds & Preview – Giants are winning ugly…. and they love it

The New York Giants are not winning pretty, but they are indeed winning. And they are going to take those wins any way they can.

Who would have said back in the preseason that when October 30 came around, the Giants and Seattle Seahawks would be in a battle of first-place teams? Okay, you still can’t say that. But that’s only because Philadelphia is the only unbeaten team left in the league.

The Giants make the trek to the Pacific Northwest for the 4:05 PM ET start on Sunday. And they’re doing it coming off a 23-17 win over the Jacksonville Jaguars.

Wink Martindale’s defense made a couple of significant stops. One of them was on a quarterback sneak by Trevor Lawrence on a fourth down, and that led to a drive for the Giants that produced a touchdown. And then there was the final play, when Christian Kirk was stopped by a gang tackle just short of the goal line.

That’s something not seen around the Big Apple in a while.

And Daniel Jones, while not putting up glittering numbers, is proving his worth both with his leadership and, in a tangible way, with his feet. With 107 rushing yards, Jones became the first Giant QB to top the century mark in that department since 1946.

Daboll came to the team looking to establish a “culture.” But then, all the other coaches they’ve hired have said the same thing. The difference is that this guy is doing it. And he’s doing it without the Giants having to make wholesale personnel changes. The hiring of Martindale, formerly the defensive coordinator in Baltimore, was a key to the picture.

And we’re sure that rookie pass rusher Keyvon Thibodeaux will play more and more of a role as time progresses. There was a time last year when he was considered a strong possibility that the Oregon standout would be the first pick in the draft, so Big Blue might consider itself fortunate to have been able to snag him with the fifth overall selection.

At 6-1 (both straight-up and against the spread), the Giants are a half-game behind the 6-0 Philadelphia Eagles in the NFC East. So it is conceivable that if the Birds stumble against Pittsburgh, New York takes the lead in the division with a win here.

In the pro football odds posted at BetAnySports, the Seahawks are favored:

The best weapon on the field on Sunday will be Giants running back Saquon Barkley, who is finally healthy and thus providing what the Giants always thought he might when they made him the second overall selection in the 2018 draft. He went into the game with Jacksonville leading the NFL in yards from scrimmage, and tallied 135 rushing / receiving yards.

So yes, the offense mainly revolves around him, and it has to, since the Giants have had so much instability at wide receiver. They are thankful that Jones, who was a turnover machine early in his career, is cutting down drastically in that department. In fact, he’s committed just four TO’s, and hasn’t thrown an interception in the last four games.

Geno Smith was once a backup QB for the Giants, and in point of fact he was the guy the team used when they ultimately decided to bench Eli Manning. In succession of Russell Wilson at the helm in Seattle, he’s exceeded expectations. Smith currently leads all NFL quarterbacks with a 73.5% completion rate. And he is making head coach Pete Carroll look good on his early-season declaration that after some time in the system, he is better than he’s ever been.

Part of Carroll’s system also involves running the ball with success. And so it has been quite pleasurable for them to see Kenneth Walker III emerging so quickly. The rookie out of Michigan State has averaged 6.1 yards a carry since replacing the injured Rashaad Penny, who led the NFL in yards per carry for running back last year. And he rolled for 168 yards in last Sunday’s 37-23 road win over the Los Angeles Chargers. So this offense doesn’t have a lot of problems moving it. Just take note that DK Metcalf is going to miss this game with a knee injury.

And Seattle is challenged defensively; they are among the five worst stop units in the NFL in numerous categories. This will be an interesting proposition in terms of the total, because the Giants have played UNDER in 28 of their last 38 games. With two teams who will run and perhaps kill clock, that might be a way to go.

If you’re not taking advantage of LESS JUICE at BetAnySports, you’re really missing out on something! This is your way to avoid having to lay the customary -110 on the pro football odds, so your break-even point is going to be lower…… Don’t forget that they have lots of outlets for your action, including several live betting products and the American Lines feature….. And you can get in on the action with deposits using your credit card or Bitcoin, which doesn’t require a transaction fee!