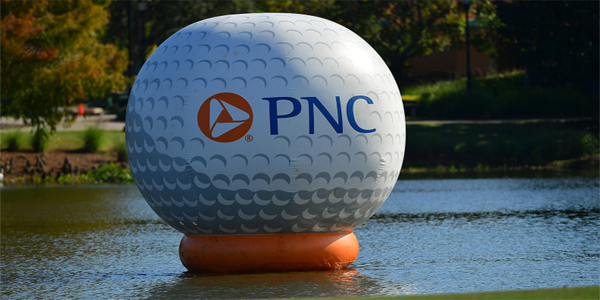 The PNC Championship is probably a golf tournament that you had no idea was being played this week. It is a family affair, literally, at The Ritz-Carlton Golf Club Grande Lakes in Orlando, Florida.

It seems fitting that a family tournament would take place in a city like Orlando, but this is not at all like a trip to Disney. This will be a fun, lighthearted event, but 36 holes worth of bragging rights and a little bit of prize money is on the line.

What makes this year’s event so special is that Charlie Woods, the 11-year-old son of Tiger Woods, who you may have heard of, will be teeing it up with his dad. That is not the only father-son team, but, well, it is the only father-son group with a preteen on the team. Matt Kuchar’s son, Cameron, recently turned 13.

Here are the odds from BetOnline Sportsbook for the PNC Championship:

Because minors are playing in this event, it can only be offered with the offshore, online sportsbooks, so you won’t find odds posted in a whole lot of places. Bernhard Langer and his son, Jason Donald, are the reigning champions of this event. Langer is actually a four-time winner of this tournament.

As far as the format goes, each player hits a drive and the best drive is selected. The second shot is played from that drive and both players hit again. That process is repeated until the hole is completed. So we’re basically looking at best-ball on every shot.

Let’s take a look at some breakdowns of the teams:

Justin Thomas & His Dad, Mike – Mike Thomas was actually a great golfer in his own right at Morehead State and his son is the best current player in the tournament, no offense to Tiger or Bubba Watson. They are the rightful +250 favorites.

Tiger Woods & His Son, Charlie – Charlie’s golf swing has gotten rave reviews, especially for his age, but this is a real golf course. Most of Tiger’s shots will be used and he’ll have to be on point with virtually everything. At +650, this is a virtually impossible bet to make, no matter how great the story is.

John Daly & His Son, Little John – Not to be confused with Lil Jon. The younger John Daly will start his collegiate career at Arkansas in 2021 and his old man can still hit a few shots and shorten the course off the tee. At +1000, the Daly family isn’t a bad bet to make. Some sources, including Golf Channel, had Little John as the 25th-best incoming freshman in the country.

Tom Lehman & His Son, Thomas – Tom Lehman still swings it pretty good and his son Thomas played college golf at Cal Poly. It runs in the family with the Lehmans. Bernhard Langer’s success in this event shows that you don’t necessarily have to hit it a mile to win. This is a dangerous team at +1600.

You have to take the Langers at +750. Bernhard has won this event too many times and his son is a quality player in his own right.

The Johns of the Daly family at +1000 have to be another look. Those are the two teams I would look to play on, but it’s not like you need to make big bets on this. It’s a fun event and a fun tournament and should make for great viewing.