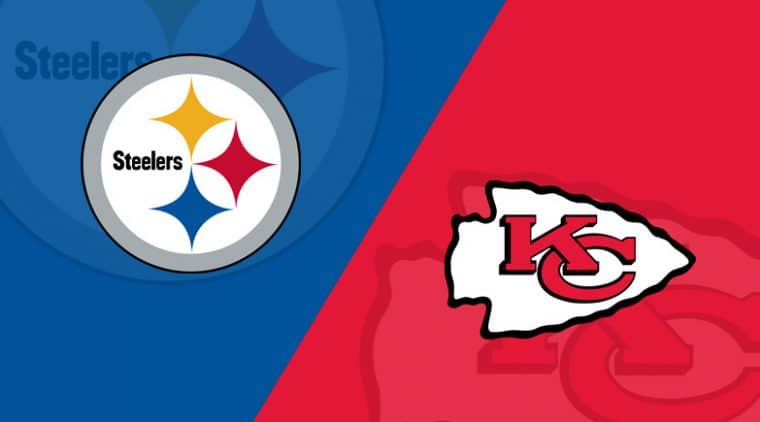 The 2022 NFL Playoffs wild-card round continues with Sunday Night Football from GEHA Field at Arrowhead Stadium in Kansas City, Missouri, so we bring you the best Steelers vs. Chiefs betting pick, tips, and odds.

Pittsburgh and Kansas City lock horns for the second time this season. Back in Week 16, the Chiefs easily outlasted the Steelers as 10-point home favorites, 36-10. Kansas City is a 13-point home fave this time around, while the totals sit at 46.5 points on MyBookie Sportsbook.

The Steelers barely made it to the postseason

The Pittsburgh Steelers (9-7-1; 8-9 ATS) have had a lot of ups and downs this past regular season, but they’ve somehow made it to the playoffs for the second straight year. The Steelers beat Baltimore 16-13 in overtime in Week 18 and needed the Raiders’ overtime victory at the LA Chargers to clinch the playoff berth.

Pittsburgh’s offense has struggled all season long, averaging 20.2 points per game (21st in the NFL) on 93.1 rushing yards (29th) and 222.2 passing yards (15th). The Steelers went only 27-of-50 in the red zone (23rd). Ben Roethlisberger posted 3,740 yards, 22 touchdowns, and 10 interceptions, while rookie Najee Harris led the backfield with 1,200 rushing yards and seven rushing touchdowns.

The Chiefs won nine of their last ten games

The Kansas City Chiefs (12-5; 8-9 ATS) have struggled a lot through the first two months of the 2021 NFL season. Since then, the Chiefs have gone 9-1 SU and 6-4 ATS to establish themselves as the top contender to win the AFC (+400) and make it to the Super Bowl for the third consecutive year.

It might sound strange, but the Chiefs lean on their defense that turned the corner in November after a terrible start of the season. Kansas City allows 21.4 points per game (8th in the NFL), and over their previous ten showings, the Chiefs have held their opponents below a 20-point mark on seven occasions.

On the other side of the ball, the Chiefs are scoring 28.2 points per game (4th) on 115.0 rushing yards (16th) and 281.8 passing yards (4th). Patrick Mahomes has 4,839 yards, 37 touchdowns, and 13 interceptions on his tally, while both Tyreek Hill and Travis Kelce surpassed a 1,000-yard mark and scored nine receiving touchdowns each.

The Chiefs’ backfield leans on Darrel Williams and Clyde Edwards-Helaire, who combined for 1,075 rushing yards and ten rushing touchdowns in 2021. Both Williams and Edwards-Helaire were limited in Thursday’s practice but should be ready to go Sunday against the Steelers.

Najee Harris is struggling with an elbow injury and didn’t practice last Thursday which is a massive headache for the Steelers, who desperately need their best player on the field in the wild-card round. The Chiefs’ run D is fragile, so the Steelers’ fans hope Najee will overcome pain and suit up Sunday at Arrowhead Stadium.

If Pittsburgh’s defense shows up, the Steelers certainly stand a chance of covering this massive spread. They have to put pressure on Patrick Mahomes and pick up the pieces when it comes to rush defense. The Chiefs beat the Steelers by 26 points just a few weeks ago, and I don’t see another lopsided score in this playoff matchup. Also, it’s possibly the ultimate game of Ben Roethlisberger’s hall-of-fame career, so I’m expecting the Steelers to put on a fight.

I’ve mentioned how good Kansas City’s defense has been in the second half of the regular season. On the other side, the Steelers have underperformed despite all the talent they possess. If both teams put on a solid defensive display in this game, we shouldn’t see a high-scoring affair.

The Steelers know they cannot beat the Chiefs on the back of their offense. Still, Pittsburgh has to try to control the clock and run the pigskin as much as possible to keep the Chiefs’ offense on the sidelines. It’s a tough wager given the Chiefs’ offensive weapons, but I have to take the under.