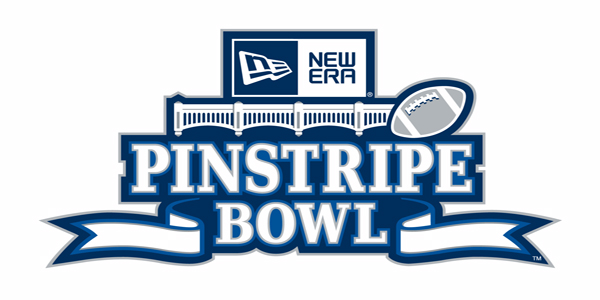 One important part of handicapping involves whether one team or the other really wants to be in a bowl game. Several factors come in play, including the idea that wherever they might be could be a “comedown” from what they are used to experiencing.

Such might be the case for the Pinstripe Bowl, which is scheduled to kick off at 3:20 PM ET at Yankee Stadium in the Bronx. Yeah, I guess you never thought that someone would say it’s a downer to play in the “House That Ruth Built,” but the Michigan State Spartans were probably thinking about a New Year’s Six game at the outset of the season. Well, here they are at 6-6 (3-9 vs. the spread) and lucky to go bowling at all.

And they’ll oppose the Wake Forest Demon Deacons, who have won their lower-tier bowl games three seasons in a row. They have spent time in the nation’s top 20 and perhaps have the better quarterback.

In the college football betting odds on this Pinstripe Bowl, complete with reduced juice, from our friends at BetAnySports, Michigan State is the favorite:

And don’t forget that after this game kicks off, you can place wagers in real-time as you explore what Sports Betting Ultra and Live Betting Extra have to offer!

Michigan State found itself in the precarious position of having to beat Maryland in the final regular season game just to qualify for a bowl. But they barely got by the pathetic Terps 19-16, and let’s not forget, that was a team that had just been beaten by a combined 165-28 by Nebraska, Ohio State and Michigan.

Brian Lewerke was merely adequate in a conference where it takes more than that, completing 58.6% for 6.9 yards an attempt and a 16-12 touchdown-INT ratio. But the rushing game averaged only 123 yards, and the offense ranked outside the nation’s top 100. There’s nothing exciting here, and the frustrating part is Dantonio’s inability (unwillingness?) to bring a more dynamic offensive coordinator into the fold.

The defense gives Michigan State a shot to stay in most games, however. Overall, they rank 15th in the nation. They are experienced (seven seniors) and with the likes of Kenny Willekes, Joe Bachie and Anjuan Simmons in the front seven, enemy ground games averaged just 3.3 yards a carry.

Wake Forest got off to a 5-0 start, and that might have been able to expand to 8-0 if not for a thrilling 62-59 loss to Louisville, in which the teams combined for 45 points in the fourth quarter. They had made their presence known in the national rankings. But then they were beaten three of four coming into the clubhouse, including a strange nine-point overtime loss to Syracuse, in which the Orange kicked an OT field goal and then returned a fumble for a TD.

The Deacons come into the game with the nation’s 12th-ranked offense, and a lot of that depended on the Jamie Newman-Sage Surratt combination. Newman, a junior, threw for 2693 yards and 23 TD’s, rushing for 487 yards and six scores. He is more dynamic than his Michigan State counterpart. Surratt emerged as one of the top receivers in the ACC and perhaps the country, with 66 catches for 1001 yards and eleven TD’s. But he went down for the season in the Virginia Tech game with a shoulder injury. Scotty Washington, the second-leading receiver, is down with an ankle injury and is questionable.

Including the game where Wake lost Surratt, Newman’s numbers have dropped. He’s gone 42 of 87 with one touchdown and three INT’s.

This is not a terrifically balanced offense; they throw the ball almost 55% of the time, and in this RPO-based attack, Newman has more rushing attempts than anyone else. That’s why the leg injury that makes Newman officially “questionable” for this one is also a big concern.

Michigan State found a way to score points against some bowl teams, like Illinois (34 points), Indiana (40) and Western Michigan (51). But they were handled rather easily against the upper-tier squads in the Big Ten, like Ohio State, Penn State, Wisconsin and Michigan, who beat them by a combined 144-27 margin. But this Wake Forest team, minus receivers, with a limited running game and a defense that ranks in the lower half of the country (79th) isn’t on that level.

Also, for what it’s worth, their only two games on natural turf resulted in losses – 36-17 to Virginia Tech and 52-3 to Clemson.

Yes, it would be worrisome to us that Dave Clawson has won his three bowl games at Wake Forest, while Michigan State may or may not want to be in this bowl. But it’s hard for us to make a fundamental case for taking the points at this time (although that may change, depending on the status of Newman and Washington).

BetAnySports makes it a real bonanza for NCAA football bettors during bowl season. When you get reduced juice, you’re getting a better deal on the odds, as you can avoid laying the customary -110 (check the website for details), and once the game has started, you can place real-time wagers with options like Sports Betting Ultra and Live Betting Extra.…… They also make it convenient to open up an account, allowing you to use your debit card or credit card, person-to-person transfers or the digital currency of Bitcoin, for which they NEVER charge a transaction fee!