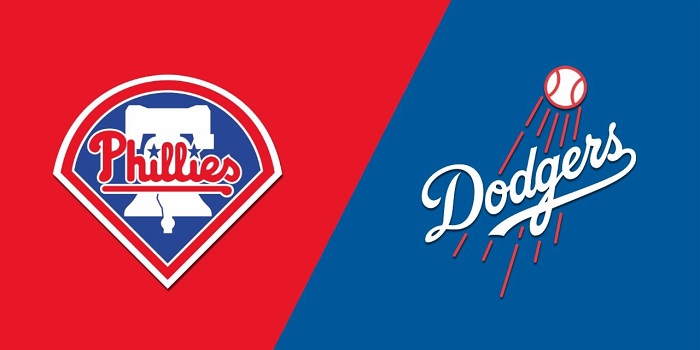 Major League Baseball is not in a good place right now. Pitchers have taken to social media to voice their displeasure about the crackdown on foreign substances on the baseball and who knows what they are saying among peers. The recent injury to Tyler Glasnow, which he attributed to going “cold turkey” on substances is additional fuel to the fire.

From a betting standpoint, it is had to know what to expect in terms of the impact that this will all have and to process the impact that we’ve already seen. All we can do is try to analyze the data in front of us and make the best decisions possible.

Let’s try to do that with Wednesday’s late game between the Philadelphia Phillies and Los Angeles Dodgers. We’ve got a great pitching matchup here with Zack Wheeler, Clayton Kershaw, and a total of 7.5. The Dodgers are favored in the -150 range at Bovada Sportsbook.

The NL East has been a major disappointment this season. The Phillies went into Wednesday’s action at .500, but haven’t exactly fit the profile of a .500 team. Philadelphia went into Tuesday’s game against the Dodgers with a 93 wRC+, which means 7% below league average on offense. The Phillies have struck out a lot this season and have not had enough walks to cancel out the high K%.

This is a team that hasn’t hit for as much power as expected and really hasn’t performed up to the level of its personnel and talent. That happened last season in the bubbled 60-game sprint, but it was the pitching, most notably the bullpen, that let the Phillies down. This season, it has been the offense. Philadelphia has even improved defensively, depending on the metrics you use to evaluate defense.

The starting pitching has been really good this season and Zack Wheeler is a huge part of that. Along with rotation mates Aaron Nola and Zach Eflin, Wheeler and his comrades have done a lot of heavy lifting to have the Phillies sixth in starter fWAR as of Tuesday. Wheeler leads that charge with 3.2 fWAR. He has a 2.29 ERA with a 2.38 FIP in his 90.1 innings of work. Wheeler could honestly win the Cy Young this season if these numbers keep up.

Wheeler saw a one-year K% drop last season to 18.4%, but sits at 32.4% coming into this start. His BABIP is down at .272 with a 31.9% Hard Hit% and elite-level control and command. This will be a good test for Wheeler against the Dodgers, who struggle mightily with lefties, but pummel righties.

While Wheeler and the rotation have done well, the Phillies still have the league’s worst bullpen by fWAR. This was a group that was expected to be a bit better with an offseason facelift, but that has not been the case, as Phillies relievers combined for a 4.46 ERA and a 4.57 FIP entering play on Tuesday with one of the lowest K% marks in the league.

The Dodgers have a really good offense, but this may not be the best matchup for them. What the Dodgers have done this season has a lot to do with the highest BB% in baseball. A guy like Wheeler, who has only issued 18 walks in 90.1 innings of work, is not going to give up many free passes. The Dodgers have not really been as potent as expected in the SLG department this season and only have a .242 batting average.

In a depressed year for offense, .242 isn’t all that bad, but the Dodgers really do rely on working counts and drawing walks. On the other hand, their numbers would look a lot better if they suddenly weren’t the Royals or Mets against lefties. The Dodgers ranked 20th in wOBA against lefties as of Tuesday. They were leading the league in wOBA against righties. Wheeler, as mentioned already, is right-handed. However, the Dodgers are also second in BB% in that split.

The Phillies rank 14th in wOBA against lefties and slightly above league average by wRC+ as they take on Clayton Kershaw. Kershaw is having an excellent season with a 3.39 ERA and a 2.73 FIP in his 82.1 innings of work. The southpaw has a 29% K% and a 4.3% BB% on the season, which are both outstanding numbers. His 69.6% LOB% is the reason why his ERA is so much higher than his FIP.

Kershaw has gone to the slider a lot more this season to generate more swings and miss and also hitters off of his fastball. The move has worked, as Kershaw’s SwStr% is the highest of his Hall of Fame career at 16.4%. He’s getting a lot of chases, but also lots of swings and misses in the zone. His numbers are no joke.

Both of these pitchers have outstanding numbers this season, but unders are very tough to take in this uncertain environment with the crackdown on foreign substances. We don’t know which pitchers will be significantly affected. Taking an under is tough as a result. Instead, it’ll be the Dodgers with the big price, as they have both the better offense and the better bullpen in this game.