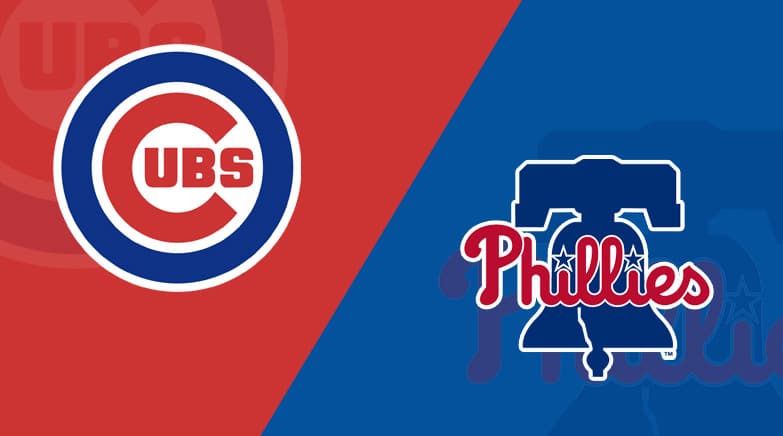 For a while, it looked as though the Chicago Cubs were finally going to have a really good offense and pair it with a good pitching staff to make a push in what was thought to be a wide-open NL Central Division. Well, that narrative has changed. Now, with some big names approaching free agency, the Cubs are being viewed as more of a Trade Deadline seller than a playoff contender.

The Philadelphia Phillies are in a pretty mediocre division as well, but haven’t really been able to take advantage to this point and make a push to be atop the standings. Two teams that we could call disappointments meet at Wrigley Field on Tuesday evening, but one team is expected to be less disappointing today.

A line move on the Phillies has driven this line up into the -130s at BetUS Sportsbook with market-shapers betting on Philadelphia with Aaron Nola on the mound against Jake Arrieta.

The Phillies once again have major bullpen concerns that have lowered their ceiling. Even though Tuesday’s starter Aaron Nola has been joined in a really good rotation by Zack Wheeler and Zach Eflin, a below average offense and a terrible bullpen have left the Phillies in neutral yet again.

The Phillies are 40-42, but boast the worst run differential of any of the five NL East teams. They rank 16th in wOBA at .308, but have just a 93 wRC+, so they’ve been unable to generate a lot of offense on a consistent basis, even though a lot of their guys have stayed healthy throughout most of the year. They strike out a lot and struggle to string hits together with a low batting average and a low on-base percentage.

It has to be tough for guys like Nola, Wheeler, and Eflin to know that run support will be so fleeting. All they can do is attempt to keep their teammates in the game until the offense comes around. For the most part, Nola has done that this season with a 4.44 ERA and a 3.47 FIP. Nola has hit the skids a little bit lately, as he allowed six runs to the Giants on June 19 and then just allowed seven runs to the Marlins in his most recent start.

Those two outings really drove up Nola’s ERA and now we see some positive regression signs with a FIP that is nearly a full run lower than that. His LOB% of 72.3% is actually around league average, so we’ll be looking for his .331 BABIP to come down to aid the cause. Nola also has some gnarly Cluster Luck splits, as opponents have posted a .384 wOBA in 88 PA with runners in scoring position.

It certainly doesn’t help that when Nola leaves the game with men on base, there aren’t a lot of options to strand those guys. The Phillies have consistently had bullpen issues and they have one of the worst relief units in baseball again this season.

Ironically, the bullpen has actually been one of the strengths this season for the Cubs, but a reversal of fortunes looms large at this point. The Cubs now sit 8.5 games behind the Brewers. They were in first place as recently as June 24. Chicago has lost 10 in a row and none have been uglier than yesterday’s 13-3 beating at the hands of the Phillies.

It is impossible to quantify and we’re just on the outside looking in, but there seemed to be a good bit of dysfunction entering the season for the Cubs. They were scrounging for cheap players in free agency as a billionaire cried poor. Impending free agents Kris Bryant, Anthony Rizzo, and Javier Baez seemed to have little interest in staying on board. The Cubs hired David Ross as manager to replace Joe Maddon and that led some to wonder if Ross was more friend than skipper.

Add it all up and the Cubs were a team that we maybe should have pegged for this type of season. The bullpen held it together for a while by carrying a top-five ERA and LOB%, but as that number has decreased, so has the number of wins that the Cubs have been able to secure.

The offense has been among the worst in baseball over the last two months as well, so Jake Arrieta shouldn’t expect a whole lot of run support here. Arrieta has a 5.57 ERA and a 5.84 FIP in his 72.2 innings this season, as the quality of his stuff continues to decline. Arrieta has seen some notable spin rate decreases since the crackdown and has allowed 30 runs, with 22 earned, in his last 25.1 innings of work.

It pays to be on top of things in the MLB betting market. The line move on the Phillies very much looks like the right side here as the Cubs stare down the barrel of extending their losing streak to 11 games. Those that got in early got a better line, but there is still some meat left on the bone for the rest of us to make the Phillies a pick at a fair price.