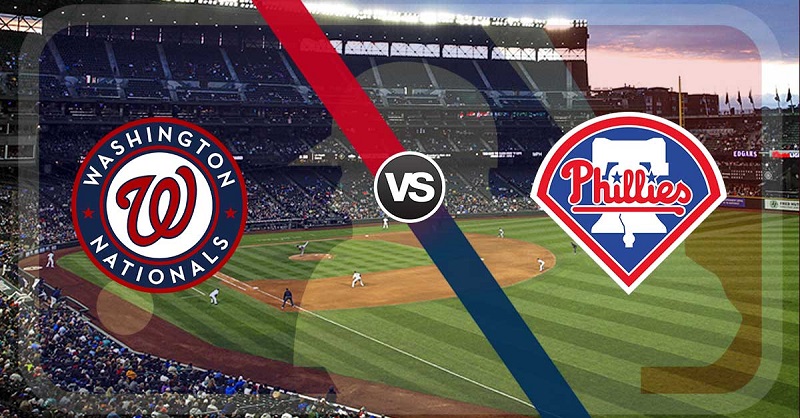 Thursday night brings the first meeting of the season between the Philadelphia Phillies and Washington Nationals. These two NL East foes start a five-game series at Nationals Park in Washington, D.C., so we have prepared the best Phillies vs. Nationals betting pick along with the latest odds update on Bookmaker Sportsbook.

The Phillies won 13 of their 19 encounters with the Nationals in 2021. They are undefeated in eight straight contests against Washington and will search for their eighth consecutive victory at Nationals Park.

The Phillies have won four series in a row

The 32-31 Philadelphia Phillies are coming off a 3-1 home victory over the Miami Marlins on Wednesday afternoon. They erased a one-run deficit thanks to Garrett Stubbs’ three-run homer with two out in the bottom of the ninth inning.

The Phillies clinched a three-game set at Citizens Bank Park, tallying their 11th victory in the last 13 outings at any location. Philadelphia has scored 80 runs in that span while slashing an excellent .283/.356/.520. On the other side of the ball, the Phillies have amassed a solid 3.46 ERA, 1.09 WHIP, and .217 batting average against.

The Nationals’ pitching staff is a disaster

At the time of writing, the 23-41 Washington Nationals were preparing for the closing contest of their three-game home series against the Atlanta Braves. The Nats hopped to avoid a sweep after surrendering a whopping 19 runs over the previous two games.

Patrick Corbin will get the ball Thursday, searching for his third win in a row. Over his previous two starts, the 32-year-old left-hander has allowed seven earned runs on 16 hits and two walks across 12 innings of work. Corbin is 3-8 with an awful 6.65 ERA and 1.73 WHIP in 13 starts (66.1 frames) this season.

The Phillies must be fired up following Garrett Stubbs’ walk-off homer against the Marlins. They’ve been more dangerous when hitting the lefties so far this season (116 OPS+), so I’m expecting the Phillies to continue with their strong performance when they meet Patrick Corbin.

Last year, Corbin yielded 15 earned runs in four starts and 24 innings of work against Philadelphia. He’s surrendered a whopping 27 earned runs over his previous six starts (33.2 innings) in 2022. If Zack Wheeler continues to pitch well, the Phillies will come out on top.

The total has gone over in eight straight meetings between the Phillies and Nationals. Seven of those eight contests have produced 12 or more runs in total. The Nationals have allowed seven or more runs in six of their previous eight outings in 2022.