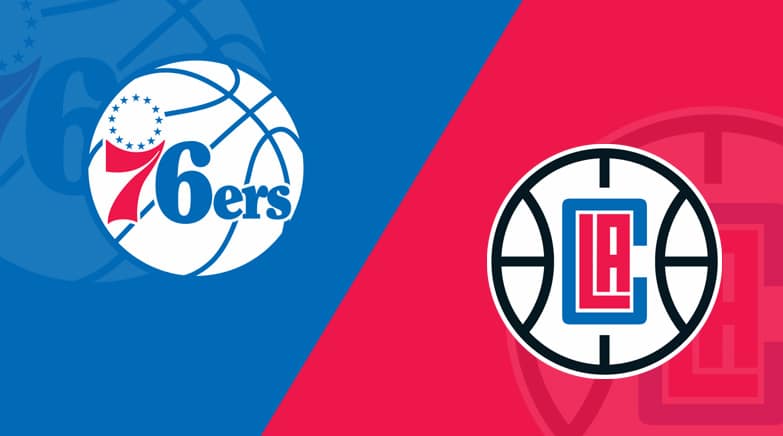 The NBA betting action continues Friday, March 25, 2022, with seven games around the league, so we are taking a closer look at the cross-conference battle from Crypto.com Arena in Los Angeles to get you the best 76ers vs. Clippers betting pick and odds.

According to BetOnline Sportsbook, the Sixers are 5.5-point road favorites with a total of 223.0 points. Phila and LA will close down their two-game regular-season set, and the Clippers outlasted the 76ers 102-101 as 7.5-point road dogs on January 21.

The 76ers beat the Lakers for their second straight win

The Philadelphia 76ers (45-27; 35-36-1 ATS) opened their three-game road trip last Wednesday. They outlasted the Los Angeles Lakers 126-121 as 10-point favorites, tallying their second straight victory and the fourth in their last five outings at any location.

Joel Embiid tortured the Lakers for 30 points and ten rebounds, while James Harden had 24 points and seven assists. The Sixers turned the ball over only seven times, making 51.6% of their field goals and 37.0% of their 3-pointers.

Philadelphia is now tied with Milwaukee and Boston for the No. 2 seed in the Eastern Conference. They trail the top-seeded Miami Heat by only 1.5 games, so the Sixers have a lot to play for in the final two weeks of the regular season.

The Los Angeles Clippers fell to 36-38 straight up and 35-38-1 ATS on the season following a 127-115 defeat at the Denver Nuggets this past Tuesday. Playing as 6.5-point road underdogs, the Clippers recorded their fourth consecutive SU and ATS loss.

LA failed to cope with the Nuggets’ offense, allowing its opponents to make 54.2% of their field goals and 50.0% of their 3-pointers. On the other side of the ball, the Clippers went only 10-for-32 from beyond the arc, while Terance Mann led the way with 24 points, eight rebounds, and four assists.

The Clippers have gone only 2-7 SU and 2-6-1 ATS over their last nine outings. They are No. 8 seed in the Western Conference, and with eight games to go, the Clippers will almost certainly remain at the eighth spot.

I won’t overthink this matchup, as the 76ers are coming in full strength, while the Clippers have a lot of injury problems. LA misses Paul George, Jay Scrubb, and Norman Powell, while Robert Covington is questionable to play due to a hand injury.

While the Clippers can already look to the future and their play-in tournament appearance. On the other side, the Sixers desperately need a win. They should have enough firepower to outlast the Clippers by six or more points.

The Clippers have allowed 120 or more points in three of their last four outings, but the under has hit twice in that span and nine of LA’s previous 13 showings. On the other side, the under is 5-4-1 in the 76ers’ last ten games overall.

I’m backing the under, expecting the Clippers to show some pride on the defensive side of things. Also, the 76ers play at the third-slowest pace in the NBA, recording 95.9 possessions per 48 minutes.