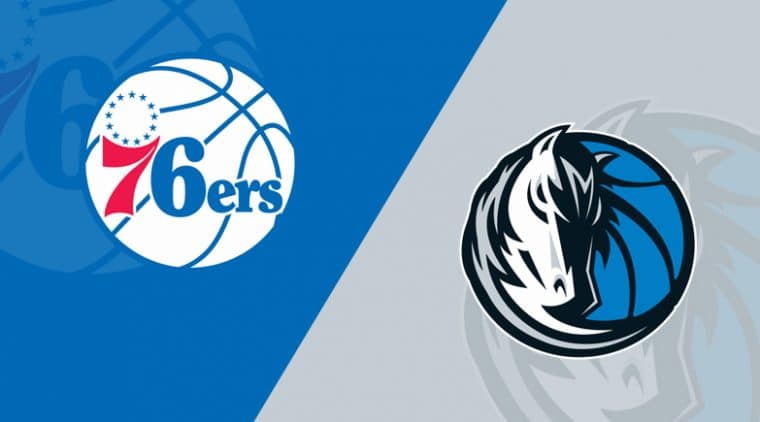 The NBA betting action continues with a nine-game Friday card, bringing plenty of interesting markets to the bettors, so we have prepared the best 76ers vs. Mavericks betting pick along with the latest odds update on Bovada Sportsbook.

Phila and Dallas open their two-game interconference series. Last season, the 76ers swept the Mavs, covering on both occasions, while Dallas has gone 13-7 straight up and 12-8 ATS in its previous 20 dates with Philadelphia.

The Sixers lost to Washington, stopped their five-game win streak

The Philadelphia 76ers dropped to 31-20 SU and 26-25 ATS on the season following a surprising 106-103 loss to the Washington Wizards this past Wednesday. Playing as huge 10-point home favorites, the 76ers put an end to their five-game winning streak and failed to cover for the third time in the past five games overall.

Joel Embiid continues to lead the charge for Philadelphia, averaging a whopping 35.9 points and 11.8 rebounds per game over his last nine appearances. Embiid accounted for 27 points, 14 boards, and six assists against the Wizards, while Tyrese Maxey added 22 points, eight rebounds, and seven dimes.

The Mavs opened their six-game homestand with a surprising loss

The Dallas Mavericks (29-23; 26-25-1 ATS) are coming off a 120-114 overtime defeat to the lowly Oklahoma City Thunder this past Wednesday. Playing as 12-point home favorites, the Mavs upset their fans and recorded the second loss in a row.

Luka Doncic dropped 40 points on OKC, but it wasn’t enough for a win. The Mavericks made only 32.6% of their 3-pointers (14-for-43) and got outrebounded 50-39. Jalen Brunson had 20 points and four assists, while Reggie Bullock added 23 points and eight rebounds off the bench.

Kristaps Porzingis missed the OKC clash due to a knee injury and will remain sidelined for Friday’s game against Philadelphia. The Mavs will continue to lean on Luka Doncic, who’s averaged 29.3 points, 9.5 boards, and 9.0 assists over his previous ten contests. Dallas scores 110.1 points per 100 possessions (20th in the NBA) on 45.3% shooting from the field (18th) and 33.4% from downtown (24th).

The Mavericks lean on their defense and should have enough firepower to deal with Joel Embiid despite Kristaps Porzingis’ absence. Dallas allows 107.5 points per 100 possessions (5th in the NBA), and the Mavericks shouldn’t have too many problems controlling the defensive glass against the Sixers.

On the other side, Philadelphia could easily struggle to cope with Luka Doncic. The 76ers’ backcourt is short-handed, as Furkan Korkmaz is out with a knee injury, while Seth Curry is questionable to play due to back spasms. Curry missed five of the last seven games, including that narrow loss to Washington.

Betting on the under seems like a way to go in this matchup, as both teams prefer to take things slowly. The 76ers and Mavericks play at the fourth-slowest pace in the NBA, recording 95.9 possessions per 48 minutes each.

The Mavs’ last five games have gone over the total, but the under is 15-3 in their previous 18 outings on the home court. On the other side, the under is 3-1 in Philadelphia’s last four contests overall. When it comes to their H2H duels, the under is 5-2 in the previous seven.