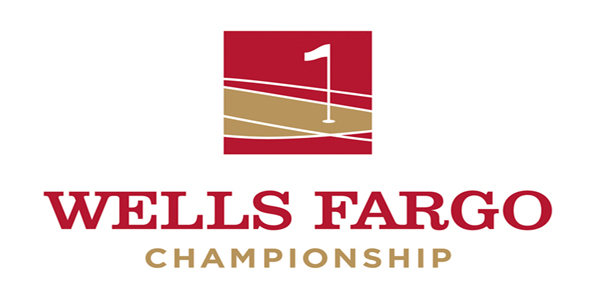 Take your shirt off and twist it around your head like a helicopter because the PGA Tour is headed to North Carolina. The Wells Fargo Championship is this weekend’s event at Quail Hollow Club in Charlotte. This is a popular course and a popular event, so we have a good field on hand for this one with a prize purse of $8.1 million.

This was one of many tournaments canceled because of COVID-19 during the 2019-20 PGA Tour season, but the players are happy to be back and we’re happy to have a good event to preview with odds from BetAnySports.eu. Full odds are listed below the article.

Justin Thomas headlines a field that stands out relative to some of the last few tournaments that we’ve had since The Masters. Jon Rahm, Bryson DeChambeau, Rory McIlroy, Xander Schauffele, Viktor Hovland, Webb Simpson, Patrick Cantlay, Patrick Reed, Will Zalatoris, Tony Finau, and Corey Conners are just some of the names in play this week.

Reigning champ Max Homa is priced at +3300 after playing well last week at the Valspar Championship. Past winners Brian Harman (2017) and Jason Day (2018) are both priced at +4000.

Quail Hollow Club will host the 2022 Presidents Cup, so next year’s tournament will head to TPC Potomac at Avenel Farm. The only other year Quail Hollow hasn’t hosted this event was 2017 when Eagle Point Golf Club held it because the PGA Championship was played on this track.

This is a big, long course checking in at more than 7,500 yards with a par 71. You can tell how much golfers and tournament officials love this course with how it will host the Presidents Cup and then another PGA Championship in 2025.

Players can score well here, despite the par 72, but the winning score tends to be somewhere around 12-under par. When Rory won in 2015, his 21-under and seven-stroke win were easily course records. Nobody had ever shot better than 16-under or won by more than five shots.

There are a handful of 500-yard par 4s here to contend with and players are missing that extra par 5, so it could definitely be tough for scoring.

Putting and driving distance are big keys here. Strokes gained approach is also more important here than other places. Driving accuracy is of average importance, at least according to the Course Fit Tool at DataGolf. Guys that hit it a long way and roll the rock well seem to be the types you want to focus on this week.

CLAIM YOUR WELCOME BONUS AT BETANYSPORTS!

This is our Course Form section, where we look at the guys that have played well in the past. As mentioned, Max Homa, Jason Day, Brian Harman, and Rory McIlroy are all past winners here. Rory also has a runner-up, a fourth, and three other top-10 finishes to his name. Day has never finished outside the top 25 in his five starts with a win and two ninth-place finishes.

Rickie Fowler is a past winner here at +6600. His game is nowhere near what we’ve seen in the past, but he does have five top-six finishes here, including a fourth back in 2019.

Speaking of that kind of player, Phil Mickelson has six top-five finishes here since 2009, but he’s lined at +15000 based on his recent form.

Patrick Reed has a couple top-10 finishes at Quail Hollow, with a runner-up in the 2017 PGA Championship and then an eighth here in 2018. He finished 28th in 2019. Webb Simpson has a couple top-five finishes here, but hasn’t played quite as well as you would expect for a Carolina event. He was 18th in 2019.

A few players, like Paul Casey and Justin Rose, have played really well here, but are not in the field.

Justin Thomas won the PGA Championship on this course in 2017.

We’ll run through some of these guys alphabetically to find some players in good form.

This course doesn’t really fit Keegan Bradley, but last week’s runner-up at the Valspar has played well and grades well in several stats, including SG: Approach this season. This would be a good course fit for Corey Conners, who has a couple top-10 finishes over his last four starts, including a T-8 at The Masters. Conners is having a big year and his +2800 price looks good.

Lucas Glover, a past winner here back in 2011, was fourth at the Valero Texas Open and is on a nice run of made cuts. He was just barely inside the top 50 last week at the Valspar, though. Russell Henley is another guy that has been a little up and down. He was third at the Honda Classic and ninth at the RBC Heritage, but missed the cut last week at Innisbrook.

Both Jon Rahm and Xander Schauffele had top-five finishes at The Masters, the only event each guy has played over the last few weeks.

Camil Villegas has four top-25 finishes inn his last four events. He’s been swinging it really well, though you worry about the length of this course for him.

Of the short prices, Xander Schauffele is the guy at 18/1. Schauffele is top 25 in driving distance, third in SG: Total, and also in the top 10 in SG: Putting. Those are all key attributes at Quail Hollow.

Joaquin Niemann looks like a good bet at +3500. Niemann was eighth last week at the Valspar and ranks eighth in driving distance, eighth in SG: Total, and he’s a solid 37th in SG: Putting after last week’s good showing at Innisbrook.

I wouldn’t go too far down the board here with the quality of this field and the toughness of this course. Pick some of the sub-50/1 guys, maybe one long shot, but keep it with the big names this week.

ODDS FOR THE 2021 WELLS FARGO CHAMPIONSHIP