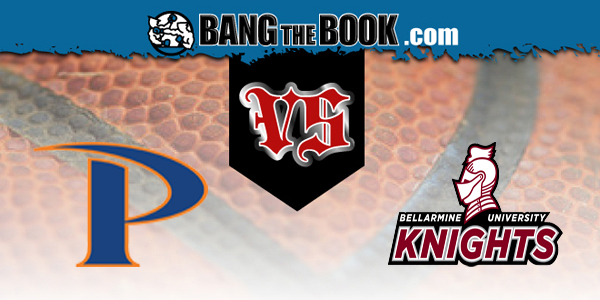 Pepperdine and Bellarmine were both victorious on Monday night to set up this semifinal matchup in the nightcap of the CBI doubleheader down in Daytona Beach. The CBI will finish up on Wednesday night, as the winner of this game will take on the winner between Stetson and Coastal Carolina in the 5:30 p.m. ET game.

This one is at 8 p.m. ET and these are the only two college hoops games on the docket for tonight, so bettors will either have to resort to one of the pro leagues or try to figure things out in these two games. Pepperdine is -5 with a total of 150.5 at Bookmaker Sportsbook, but a lot of early money has come in on Bellarmine to drive this line down.

A strong second half from the Pepperdine Waves, who had easily the longest travel to Daytona Beach for the CBI, propelled them to what wound up being a pretty easy victory. The Longwood Lancers were a team with big home/road splits coming into Monday’s CBI quarterfinal matchup and maybe those were part of the equation in the second half while getting outscored 49-34.

Pepperdine is the best team in this field. Lorenzo Romar’s squad is the only one ranked in the top 100. The Waves were pegged to be the champions of this tournament, though the travel and a two-week layoff seemed to be issues in the first half. In the second half, the Waves took over and now they find themselves favored over Bellarmine, though the line has gone down.

Pepperdine’s 80-66 win came with 1.171 points per possession, a number that the Waves only eclipsed on five occasions this season and two of them were against lower-division teams. Credit to Pepperdine for accepting the CBI bid, as the 82-77 loss to BYU in the West Coast Conference Tournament had to be tough to swallow.

The Waves had 12 offensive rebounds to just five for Longwood in Monday’s game. There were a lot of easy looks at the rim for both teams in the game, but it ultimately came down to the fact that Pepperdine shot better in the midrange game. That was actually a strength for the team all season long at 40% on Long Twos per Bart Torvik. It isn’t the best offensive strategy, but it seemed to work out for them.

Pepperdine has held opponents to 28% shooting on three-pointers this season, but opponents have also shot better than 55% on two-pointers. The outlier offensive rebounding performance against Longwood could also be driving this line move.

Bellarmine was not eligible for the NCAA Tournament as a transitional member to Division I, but was eligible for the CBI. In that respect, when we talk about motivation for teams in these postseason tournaments, this is about the only one that Bellarmine could win, so they are highly motivated and engaged here. The Knights had a strong first season in D-1, losing twice to Lipscomb and once to Liberty in A-Sun play.

The 73-70 loss to Stetson in the first round of the A-Sun Tournament may have had something to do with no light at the end of the tunnel because winning it was simply a paper achievement more than anything else. There was no auto bid to the Big Dance at the end of that rainbow. Even though Bellarmine was 27-of-49 from the floor in that game against Stetson, the Knights came up on the losing end.

Bellarmine’s offensive efficiency and high TO% seem to be driving forces behind this line move. While the Knights played a putrid schedule, they are 11th in the nation in eFG% on offense, shooting 37% from three and 55.7% from two. They don’t take a lot of threes and play at a slow pace, but they’ve shot the ball well.

They’ve also defended poorly. Opponents made 38.7% of their three-point tries against them and 52.3% of their twos. The Knights are 333rd in the nation in eFG%, but 13th in TO% at 22.9%. We’ve seen a lot of line moves late in the season based on TO% on defense for a team and Bellarmine’s is certainly one of the better ones.

The money coming in on Bellarmine is obviously extremely sharp in nature. Public bettors aren’t wagering on the CBI and don’t even know who Bellarmine is. Are we interested in doing the same and taking a worse number to fade a Pepperdine team that is the best in this field?

I’m more interested in the over. Bellarmine shoots threes well, but doesn’t shoot many of them. Pepperdine can defend the three, but not the two. Bellarmine can’t really defend anything. Bellarmine played at a faster tempo in the last game against Army and let them dictate the pace. Pepperdine should do the same here. We could also get a foul fest late and both teams are excellent at the line.