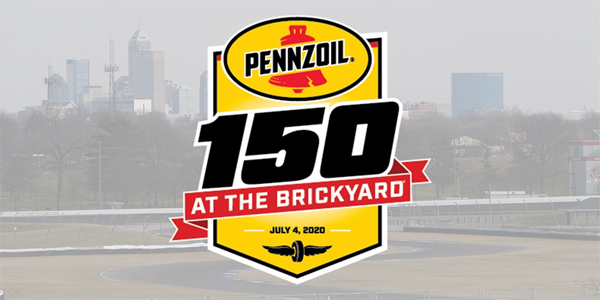 It is rare to see Chase Briscoe somewhere other than the top of the odds board for a NASCAR Xfinity Series race, but the Pennzoil 150 is a rare race. Road courses aren’t nearly as rare on the Xfinity Series circuit as they are on the Cup Series circuit. In fact, there were supposed to be five of them this season

This year, the race at Mid-Ohio Sports Car Course was moved from August to May and then swallowed up by the pandemic, which left the Xfinity Series with four. This is the first, followed by stops at Road America, Watkins Glen, and then the Charlotte Roval.

Here are the odds from 5Dimes Sportsbook for the Pennzoil 150:

This is an interesting field. Some road course ringers have worked their way into the equation. Austin Cindric is also a really short price at +155. AJ Allmendinger, who, to be fair, did win at Atlanta earlier this year, continues to live off of that Cup Series win at Watkins Glen in 2014 at +275. Justin Allgaier and Chase Briscoe are +600. There is a big gap to Noah Gragson at +1320 and then an even bigger gap to Ross Chastain at +2250.

The Road Course at Indianapolis Motor Speedway is always in use for the Grand Prix, but not this NASCAR race. In fact, this is the first year that the 2.439-mile road course will be in use. There are 14 turns on the asphalt and brick surface. As you would expect, few, if any, drivers have any experience on this particular track.

We don’t have any past histories to really look at here, so this is all about handicapping the drivers that are likely to do well on a road course. The front stretch and turn 2 of the oval track are in use, but most of the course is on the infield.

Chase Briscoe was sixth at Watkins Glen, seventh at Mid-Ohio with a Stage 1 win, seventh at Road America with a Stage 2 win, and ninth on the Charlotte Roval with the most laps led and a Stage 1 win. Crazy as it seems, the +600 price tag on him might not be that bad of a play and price. He was a rookie last year, so he doesn’t have extensive road course data, but he was a very good road course racer in the ARCA Racing Series back in 2016 and his first Xfinity Series was on the Roval in 2018.

Austin Cindric is probably the best road course cat on the circuit. He won at both Watkins Glen and Mid-Ohio last season, with a second at Road America and a third on the Charlotte Roval. As a rookie, Cindric was second with the most laps led at Mid-Ohio and third on the Roval. Unfortunately, his price is just too low at +155 this week.

AJ Allmendinger is the second favorite as the only Cup Series winner of a road course race, but that isn’t the only reason. He’s won three road course races in the Xfinity Series, albeit two of them came back in 2013. He won on the Charlotte Roval last year. He also led the most laps at Watkins Glen and finished second, but failed inspection.

Justin Allgaier is another interesting play at +600. Allgaier won at both Mid-Ohio and Road America back in 2018. He was third at The Glen, sixth at Mid-Ohio, and fourth at Charlotte last year.

As far as the others, Noah Gragson was fifth at Mid-Ohio last year and fifth on the Charlotte Roval. And that’s really about it. Harrison Burton wasn’t much of a road course guy in the K&N Pro Series East or anywhere else. Justin Haley didn’t have a top-five finish in any road races last year. Brandon Jones doesn’t have any in his Xfinity career dating back to 2015.

The only long shot worth consideration is Jeremy Clements, who won at Road America back in 2017 and finished third last week at Bristol, but he has not run very well in road course races aside from that win.

Getting Chase Briscoe at +600 is a rarity this season and he’s run well enough on road courses to be a threat. Both he and Allgaier at +600 are the picks this week. Something crazy could happen and a long shot could work in there somehow, but one of the top four on the board will get to Victory Lane, so we might as well take the best prices on those guys.

This race will be the second part of the IndyCar/NASCAR doubleheader on Saturday July 4 on NBC with a 3 p.m. ET start time for the Pennzoil 150.