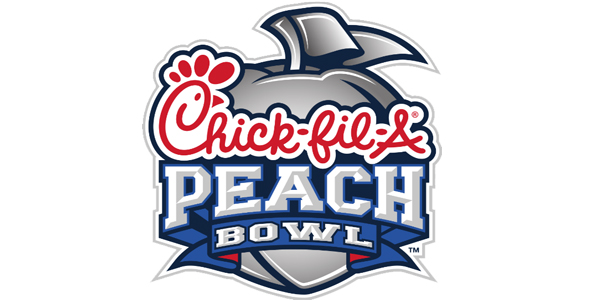 The Georgia Bulldogs are in a much different spot than usual this season as their bowl game approaches. Instead of being disappointed about missing out on the College Football Playoff because of a loss in the SEC Championship Game, they weren’t even a contender because of earlier losses to Florida and Alabama.

Perhaps that is a reason why you’re forced to take -7.5 if you like the Bulldogs in the Chick-fil-A Peach Bowl against the Cincinnati Bearcats. Though the Bearcats haven’t lost a game, this line, even with some Georgia opt-outs, has spent most of its time sitting on 7 or above and Thursday’s tipping point added the hook market-wide. We’re looking at -7.5 and a total of 52 at BetOnline Sportsbook.

We’ll break down both sides of this matchup and see if we can’t find an edge one way or the other for the first game of the New Year.

The Cincinnati Bearcats wanted to believe that they had a chance to be in the College Football Playoff. It’s all about dollars when it comes to the big ratings from those National Semifinal games, so it didn’t even matter that the Bearcats went 9-0. To be fair, the odds are extremely long to make it as a Group of Five team, simply because the strength of schedule does pass the sniff test.

It rings true in this game. Cincinnati has had an excellent season and can’t really help the conference or the schedule, but the SOS per Jeff Sagarin ranks 90th. Georgia’s on the other hand, ranks seventh.

A lot of people will look at that as a negative for the Bearcats here and it’s hard to do anything other than that. There is a talent disparity here. There is no coaching disparity, as Luke Fickell has done a phenomenal job in the Queen City and defensive coordinator Marcus Freeman is sitting on a head coaching job at some point. It could even be here if Fickell jumps for a bigger gig.

While the strength of schedule leaves something to be desired, Cincinnati did outgain the opposition 6.87 to 4.32 from a yards per play standpoint. Cincinnati’s defense wound up with the best yards per play against on defense. They only allowed 3.3 yards per carry on the ground and opponents only completed 51.3% of their passes. Bad schedule or not, those are dominant numbers.

There were a lot of questions about the Cincinnati offense coming into the season, but Desmond Ridder improved from his first year as a starter to post a 17/6 TD/INT ratio with a 66.4% completion percentage. Ridder also ran for 7.3 yards per carry on 83 rushing attempts. Cincinnati dominated opponents on the ground with 5.7 yards per play. The question here is whether or not UC can have that measure of success against a SEC defense.

When it comes to the Georgia Bulldogs, it is really a tale of two seasons. JT Daniels stepped in to start the final three games and posted a 66.7% completion rate with a 9/1 TD/INT ratio. Walk-on Stetson Bennett completed 55.2% of this throws with an 8/6 TD/INT ratio. Improved quarterback play gave Georgia the chance to be a multi-dimensional offense and it helped in all facets of the game.

While Daniels made two of his three starts against South Carolina and Missouri teams that really fell apart as the year went along, he did shred a solid Mississippi State defense for 400 yards in his first start. Daniels’s takeover of the offense also helped Zamir White and James Cook, who combined for over 1,000 yards on 178 carries. White, who has been the feature back this season, may wind up with an even heavier workload because Cook will miss the game. UGA will also be missing NFL Draft prospect Ben Cleveland on the offensive line, as he is preparing for his pro career.

It may fall on the Georgia offense to some degree in this game because there are multiple opt-outs on defense. The fact of the matter is that the Bulldogs defense has been in a state of flux all season because of injuries, COVID, and now opt-outs. Azeez Ojulari opted out, along with fellow linebacker Monty Rice and defensive back DJ Daniel. Ojulari was the leading sack man for Georgia.

We’ll find out a lot about how good Cincinnati really is in this game. UCF was a disappointment to a degree and so, too, were Memphis, SMU, and Houston. It was a down year in the AAC. Of course, it was a down year to some degree in the SEC East as well, where Georgia was able to pummel some bad teams in that half of the conference.

It is interesting to see the total up to 52. These are two quality defensive teams, but it is fair to re-evaluate Georgia’s offensive upside relative to the last three games and not the whole body of work because Bennett and D’wan Mathis played so badly.

The idea that the side and total are going up in concert suggests that Georgia’s offense could rule the day based on what the sharper money is saying.