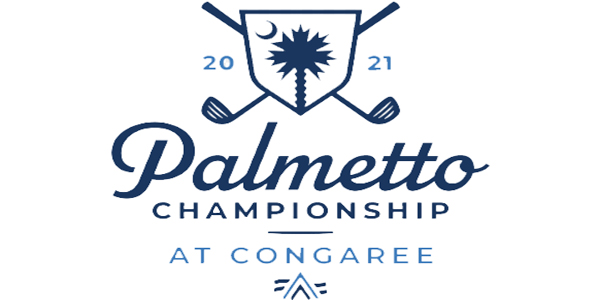 The Palmetto Championship is a one-time replacement to the RBC Canadian Open, but if the course in Gillisonville, South Carolina is received well by the players and the fans, we could see the PGA Tour make a spot for Congaree Golf Club on the calendar.

COVID-19 restrictions prevent the players from heading up to Canada without ample quarantine time, so that opened the door for this new event down in the Palmetto State. Not much is known publicly about Congaree Golf Club, so this will be a new look for the players and also the PGA Tour.

As the last event before the U.S. Open at Torrey Pines, we have a few big names, but this is a pretty weak field overall that will play in the heat and humidity of the south and then fly west to San Diego.

Odds are from MyBookie Sportsbook at the bottom of the article for the first Palmetto Championship.

Dustin Johnson and Brooks Koepka are the +800 co-favorites for the Palmetto Championship. DJ isn’t in very good form, but he’s a South Carolina guy and has maybe had some level of exposure to this course. Koepka came out of seemingly nowhere in his third start since knee surgery to finish runner-up at the PGA Championship. It makes sense that he would test his knee and shake off the rust this week.

Tyrrell Hatton, Matthew Fitzpatrick, and Tommy Fleetwood are all in the field, ranging from +1600 to +2000. Sungjae Im is also +2000. Otherwise, you’re getting guys like Branden Grace, Harris English, Patton Kizzire, Ian Poulter, Alex Noren, Keith Mitchell, and Garrick Higgo in the 28/1 to 33/1 range.

This will be a tough handicap, especially if you don’t like playing chalk.

This is a long course that will play as a par 71. It is going to play over 7,650 yards in length and is short one par 5. There are two 500-yard par 4s on the course. It is entirely possible that this week is a trial run for a Presidents Cup down the line, so the course should be at its best.

The aerial views of the course show a lot of different and challenging hole formats. Some holes are tree-lined and pretty narrow. Others are wide open, but with a lot of waste areas with all the dirt and pine of the south. The bunkers are like flat swaths of land, so they don’t have high faces or anything like that.

It will be hot, humid, and probably pretty buggy at the course. There is a chance of rain every day in the forecast. If it happens, the course will play very long. If it doesn’t, fairways will hard and the green complexes will be fast and firm. The weather will play a big role this week.

Our Horse for Course section usually has past results of players at a given event. This week, we have no course history. This course is about a half hour north of Savannah, GA, so it’s fair to assume that some of the local residents of SC/GA have played here at least a time or two.

There are some Clemson golfers like Doc Redman, Lucas Glover, and Bryson Nimmer that have probably seen the course. Glover has played there a lot.

JT Poston’s swing coach has a lot to do with the charity events at the course as the Director of Golf for the Congaree Foundation. Poston is regarded as a really good putter, but the other parts of his game are major question marks.

The obvious comparisons to make to Congaree would be places like Harbour Town at Hilton Head, Kiawah Island, Sea Island, etc. It has also been described as being a lot like courses in Australia or South Africa.

DJ has not been in very good form. He’s only played one event in the last five weeks and missed the cut at the PGA Championship. He’s been outside the top 10 in his last four events. Koepka missed cuts at The Masters and the AT&T Byron Nelson before his stunning runner-up at the PGA.

The top players really aren’t in good form. Ty Hatton was 38th at the PGA, his only event in the last six weeks. Matt Fitzpatrick was 23rd at the PGA and has missed two cuts otherwise, including last week, in the last two months. Sungjae Im has missed three of the last four cuts. Harris English has one finish inside the top 15 in his last four events. Tommy Fleetwood has missed two of the last three cuts. Kevin Kisner missed five cuts in a row before finishing 40th at the Charles Schwab.

How about some good news? Garrick Higgo has two wins and two other top-eight finishes in his last four events, but those weren’t PGA Tour events. Ian Poulter was third two weeks ago and 30th at the PGA Championship. He might be a good look this week.

Charley Hoffman was 57th last week after finishing in the top 20 in six straight events and seven of eight. Branden Grace was fourth last week. Lucas Glover was eighth two weeks ago.

There really aren’t a lot of guys in great form here and this is a pretty weak field.

Lucas Glover gets the call here at 45/1. He had a good season last year from a ball-striking standpoint and seems to be getting into a new form cycle. Glover also knows the course well and has played a lot of similar courses throughout his career down in the southeast.

Rory Sabbatini isn’t in great form, but at +9000, this seems like a decent course fit for him. This course is a lot like flat, drier courses we’ve seen on the European Tour, in Australia, or in South Africa.

It’s a tough handicap. Look to bet some matchups on the weekend.

Coverage of the Palmetto Championship will be on Golf Channel and CBS.