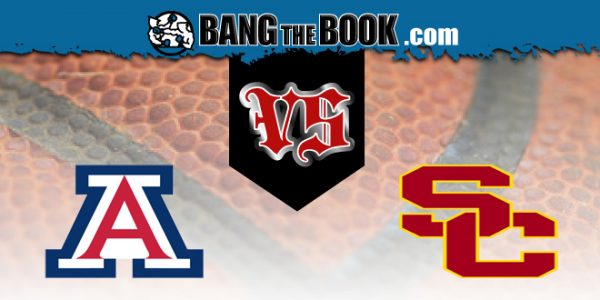 The Arizona Wildcats have found themselves in a little hot water, and they decided to take some preemptive steps to try and stop the bleeding. We’re not necessarily talking about what’s happening on the floor, but instead what is happening on an administrative level in terms of their status with the NCAA. As it is, they will proceed without any hope of a postseason bid. and so maybe these games against conference opponents in the Pac-12 will carry a lot more weight, relatively speaking.

One of those games takes place on Thursday night against the USC Trojans, and it will begin at 9 p.m. eastern time at the McKale Center in Tucson. ESPN2 will televise it, and if you are a customer at BetAnySports, you’ll be able to place wagers in real time, utilizing the state-of-the-art software available through Sports Betting Prime.

Arizona has gotten itself caught up in a lot of improper activity by officials of the program. We don’t want to go into a lot of details here, but what they have done is execute a self-imposed one-year ban from any postseason play. That includes not only the NCAA Tournament but the Pac-12 Tournament as well. According to an official statement by the athletic department, there were “serious lapses in judgment” in the process of bringing players in.

Thus far they have won nine out of 10 games ,and recently scored a huge 88 – 74 win over Colorado where 6 – 1 guard James Akinjo registered 22 points and eight assists. This is not supposed to be one of Sean Miller’s better teams, but perhaps this will function as a useful developmental season.

USC hasn’t faced the toughest schedule, but they did put together a pretty impressive victory over BYU (79 – 53) . Andy Enfield has yet to really break through, at least not like he did when he helmed the Florida Gulf Coast program and brought it out of obscurity and into brief national prominence.

In the Pac-12 basketball odds posted on this game by the people at BetAnySports, Arizona, the home team, is laying points:

When you are talking about USC, you have to start with their star recruit. Freshman Evan Mobley is a mobile 7-footer who came into the program as a McDonald’s All-American and, while he has a developing offensive game, has become a major defensive force on the inside. Mobley, who can play either the power forward or center position, has blocked 2.9 shots per game. and inasmuch as he appears to be a “one-and-done” player at the school, he appears in all the mock drafts as a top-five NBA pick.

We should mention that he joined his brother Isaiah, a 6 – 10 sophomore who was also a former McDonald’s All-American. Isaiah might be the best offensive rebounder on the team, and that is saying something, since the Trojans rank 20th in the nation in Offensive Rebounding Percentage.

Arizona only takes 32% of its shots from three-point territory, so they are naturally venturing into a potential trap with Evan Mobley underneath. What they do very well is get to the free-throw line. And that looks like a decided edge over a USC team that is absolutely lousy from the charity stripe (60.5%). .

But that’s only effective if all of that is even. When you can hold your opponents to just 38.9% shooting from TWO- point range in 29.4% from beyond the arc, as USC does, you simply make it very difficult for the opponent to manufacture points unless they can draw a lot of fouls. Evan Mobley looks like the real thing, and even though Arizona can throw some big men at him, he will mitigate some of the things the Wildcats do well. We are going to go ahead and take the points with the Trojans in this Pac-12 matchup.