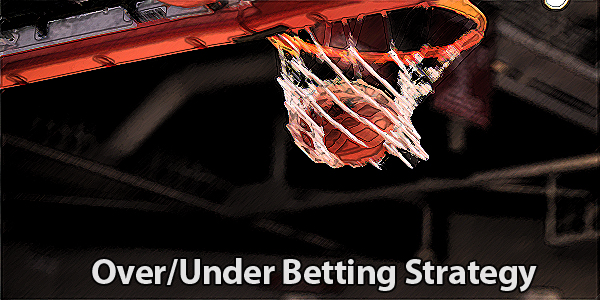 Over/Under bets (also known as totals) are a type of bet that is based on the final points total of a game in any given sport. For example, these types of bets are placed in sports including football, baseball, and basketball. A bettor places a bet based on whether they think that the score of the game is going to be more or less than the amount set by the oddsmakers. Oddsmakers determine the points totals based on how many points they believe are going to be scored in the game.

For the sake of explanation and example, we will use the example of the Dallas Cowboys vs Philadelphia Eagles.

An oddsmaker may set the total at 48.5 points for the game. The bettor will have to decide whether they believe that the score will add up to more than 48 or less than 49. For example, if the score ends up 27-20, the game will have fallen under the total set by the oddsmaker.

Every game that has an over/under set for it, has a betting line. This is the information that the oddsmaker makes available to the bettors to help them make their decision on their bets. Most betting lines are set as the over/under -110, but the oddsmaker can adjust this line if they deem it necessary to do so. Here is an example of betting lines:

One of the things that can make an over/under bet very interesting is overtime. It doesn’t matter if a game goes into overtime or not, the over/under remains the same. The over/under is set for the outcome regardless of whether there is an overtime period or not. It is one of those things that is an under bettor’s worst nightmare and an over bettor’s dream.

What Is A Push?

Like if the score of the Dallas vs Philadelphia game ends at 28-20. This is called a push. When this happens, bettors are returned their money, and no one makes anything off of that particular game, not even the oddsmaker. Some bettors like to bet on these types of games because it comes with an added safety net for their bets.