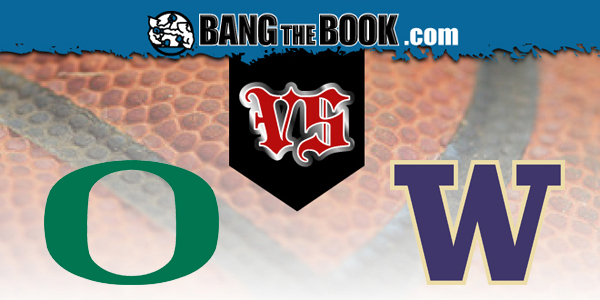 The Pac-12 lid lifter for the Oregon Ducks will not be the first conference game for the Washington Huskies. Washington is already 0-1 in conference play with a loss to Utah among three losses to open the season. A crosstown win over Seattle is the only victory for UDub as they head into tonight’s game on the Pac-12 Network against Oregon.

In checking out the odds from our friends at BetOnline Sportsbook, we see that Oregon has been locked in as an eight-point favorite with a total on the decline of 134.5. This one was -7 last night, so the early game day money has been on the Ducks.

Let’s take a look at this one from all sides and find us a play on the game.

The Ducks began the season with an 83-75 defeat at the hands of Missouri. Since then, the Ducks have barely broken a sweat against Seton Hall, Eastern Washington, and Florida A&M. That’s not exactly a murderer’s row of opponents and Seton Hall is down a few notches without Myles Powell this season.

What it is, however, is a pretty good sign of where Oregon’s defense is. Seton Hall was 14-of-24 from 3 and still had under one point per possession. Eastern Washington, a pretty good team from the Big Sky Conference, had .723 PPP. Florida A&M had .887.

In that win over the Rattlers, Oregon was 32-of-40 on two-point shots. We’ll see if they can continue that here against a Washington team coached by former Syracuse assistant Mike Hopkins. The Huskies play a zone and play it pretty well. The problem is that every team in the Pac-12 has adjusted to it by now.

This is the fourth year for Hopkins at Washington. Oregon won 64-61 in OT last season on January 18. The Ducks split regular season meetings in 2019 and then beat Washington in the Pac-12 Championship Game 68-48 in Las Vegas. The Ducks swept the season series in 2018. In other words, Oregon has had a lot of success. These games have also been quite low scoring.

Hopkins probably isn’t so much worried about his defense this season. It is the offense that has been dormant. The Huskies opened the season 0-3, scoring .777, .623, and .89 points per possession against Baylor, UC Riverside, and Utah. One of those things is clearly not like the other. In the Baylor loss, Washington allowed 1.284 PPP. The Huskies allowed 1.092 to Utah.

So maybe it is the defense. Maybe it is everything. In fairness, Hopkins probably didn’t expect to lose Jaden McDaniels and Isaiah Stewart so soon, but his prized possessions from the 2020 class both opted to go to the NBA. Sophomore RaeQuan Battle hasn’t figured it out at the collegiate level yet and the team is extremely reliant on Kentucky transfer Quade Green, who only played 16 games for the Huskies last season.

Sophomore center Nate Roberts has seen an increase in his responsibilities. He played 20 games last season and had 19 field goal attempts. He’s had 19 attempts in four games this season. A lot of players have had to pick up more of the scoring burden and the early returns have not been particularly good for the Huskies.

This is a team with a lot of length, though. Roberts and backup center Riley Sorn stand 6-foot-11 and 7-foot-4, respectively. Green is the only player under 6-foot-3. Length has helped Washington defensively in that zone defense, but Washington’s only hope right now seems to be playing at a slow pace and hoping opponents have a bad shooting night.

It seems unlikely that Oregon will shoot poorly enough for disaster to strike in this game. This should be a slow-paced game. Oregon and Washington played to 66 possessions in an overtime game last season. The 2019 games played to 62, 64, and 60 possessions.

With Washington’s ineptitude on offense, the under makes a ton of sense in a game like this, which is why the markets have been moving in that direction. I agree with the line move.