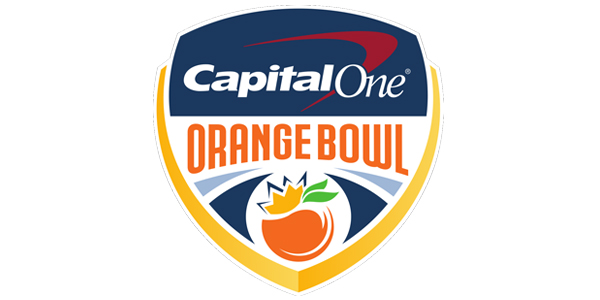 The Texas A&M Aggies feel they made a case for themselves to appear in the four-team college football playoff. But they were denied, as the selection committee, along with the Big Ten, seemed to have paved the way for Ohio State to get there despite only five games in the regular season. The Aggies’ only loss came at the end of Alabama, who will be playing the rampaging Buckeyes in the national title game.

Now the question must be asked as to whether the Orange Bowl berth they received is a letdown, even though it is indeed one of the “majors.” They will go up against the North Carolina Tar Heels, who have demonstrated themselves to be an offensive machine. The game gets underway at 8 PM ET at Hard Rock sStadium in Miami Gardens, televised on ESPN.

And remember that if you are a customer at BetOnline, you will have a virtual plethora of props to wager on, in addition to live betting, which gives you real-time wagers throughout the game. And with Odds Booster, you’ll get greatly enhanced payouts on pre-selected parlays, every day of the week.

This game pits coaches who have won national titles at other schools. Of course, Jimbo Fisher coached at Florida State, where he succeeded Bobby Bowden. and after suffering their only loss of the season, a 52 – 24 shellacking at the hands of Alabama, the Aggies came back to beat Florida 41 – 38 the next week. On balance, they’ve done a good job on the defensive side of the ball, allowing just 3.3 yards per carry, and they are going to need some stops against this North Carolina team which has exceeded 40 points on seven different occasions.

Mack Brown, who won a national crown with Vince Young at Texas, came out of retirement to take the job at Chapel Hill. and he has one of the top quarterbacks in the country in Sam Howell, a super soph who completed 69% of his passes for 10.6 yards per attempt and 27 touchdowns. North Carolina ranked fourth in the nation in total offense, piling up 557 yards per game.

One of their most imposing efforts came in this very stadium, as they pounded Miami 62 – 26 behind the obscene total of 554 rushing yards.

In the college football betting odds posted on this Orange Bowl game at BetOnline, Texas A&M is the favorite:

The Tar Heels have been held below 400 yards only once this season That came against Notre Dame in a 31 – 17 loss. They also lost three point decisions to Florida State and Virginia, as the defense obviously took a nap and left UNC open for the upset. No, the stop unit is not the strength with these Heels.

But you have to really admire the versatility. Howell, who threw for 3352 yards, has a home run threat in Dyami Brown, who averaged 20 yards per reception. In the backfield there is remarkable balance. Javonte Williams (1140 yards) and Michael Carter (1245 yards) have combined for a whopping 7.7 yards per carry. Williams had 182 total touches on the season, with Carter having 181. Yes, that’s what we call “balance.”

Jimbo’s team does not lack for offense either. Quarterback Kellen Mond has a nifty ratio of 19 touchdowns to just three interceptions. Isaiah Spiller has run for 993 yards on 5.6 per carry, and this is the second best offense in the nation on 3rd down conversions (56.7%), right behind Alabama.

There is no doubt about the weaponry A&M possesses. What we question is whether they can get really fired up for this game. And we can tell you that if they are not focused, North Carolina has more than enough dynamite in its lineup to steamroll them. We actually feel comfortable taking the points in this one, as we see the Tar Heels being an offense that won’t get slowed down much. And the OVER may not be a bad idea either.

Remember that at BetOnline they have a wide selection of prop bets on all of these bowl games. Plus, if you want to keep wagering after the kickoff, you can use live betting in order to make it happen…. And with Odds Booster, you’ll get “payouts on steroids” on pre-selected parlays….. You can open your account with any payment method imaginable, and that includes cryptocurrencies like Bitcoin!