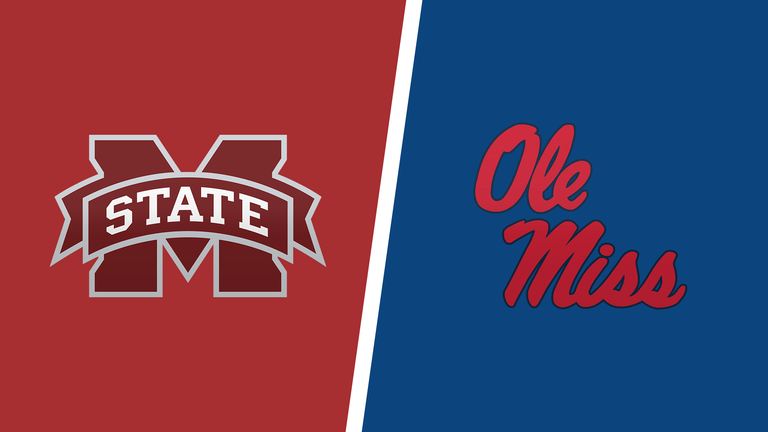 Another Thanksgiving Egg Bowl is upon us, so we have prepared the best Ole Miss vs. Mississippi State betting pick along with the latest odds update on MyBookie Sportsbook, as the kick-off is set at 7:30 PM ET at Davis Wade Stadium in Starkville, Mississippi.

The Rebels will search for their second straight win over the Bulldogs. Last year, Ole Miss defeated Mississippi State 31-24 as a 9.5-point home favorite. The Rebels are 1-point road underdogs this time around, while the totals sit at 62.0 points.

The No. 8 Ole Miss Rebels (9-2; 6-4-1 ATS) are riding a three-game winning streak following a 31-17 home victory to Vanderbilt this past Saturday. They failed to cover a massive 35.5-point spread, but it was a pretty comfortable win for Lane Kiffin’s boys, who had a 13-point lead at halftime.

Matt Corral led the way against the Commodores, tossing for 326 yards, a couple of touchdowns, and an interception. He’s thrown for 3,100 yards, 19 touchdowns, and just three interceptions so far this season, and Corral has also recorded 133 rushing attempts for 552 yards and ten scores.

Dontario Drummond is leading the charge for the Rebels’ receiving corps with 53 catches for 786 yards and eight touchdowns. Ole Miss is scoring 36.4 points per contest (18th in the nation) on 231.1 rushing yards (8th) and 286.3 passing yards (20th).

The Bulldogs aim for their third W in a row

The Mississippi State Bulldogs (7-4; 7-4 ATS) had an easy job last Saturday. They smashed the Tennessee State Tigers at home, 55-10, and barely covered a 44.5-point spread. It was the Bulldogs’ second straight victory and fourth in their last five games overall.

Will Rogers had a field day against Tennessee State, completing 28 of his 34 passing attempts for 391 yards and five touchdowns. The Bulldogs racked up 600 all-purpose yards and yielded only 205 in a return.

Rogers has been a focal point of the Bulldogs offense all season long, tossing for an eye-popping 4,113 yards, 34 touchdowns, and eight interceptions. Mississippi State ranks 44th in the nation in scoring offense (31.8 PPG) and 129th in rushing yards per game (62.1).

Mike Leach doesn’t care for rushing, but his team is certainly capable of slowing down the Rebels’ ground game. The Bulldogs surrender only 96.4 rushing yards per game (tied-6th in the nation) and 3.3 per carry (tied-14th), but their one-dimensional offense will have to deal with the Rebels’ improved defense that has done a superb job in the second half of the season.

Three of the last four Egg Bowls have been decided by seven or fewer points, and we should see another dramatic contest in 2021. I lean the visitors because they look like a more well-rounded team than Mississippi State, but this game could easily go either way.

The Rebels’ last six games went in the under, while the Bulldogs’ previous four went in the over. I’m not expecting a proper high-scoring affair when they meet Thursday, and the under is 7-1 in the last eight meetings between Ole Miss and Mississippi State. Also, their previous four encounters have produced fewer than 60 points in total.

The Rebels have allowed more than 19 points only once over their last five outings. On the other side, the Bulldogs have held their rivals below a 20-point mark in three of their previous five showings.