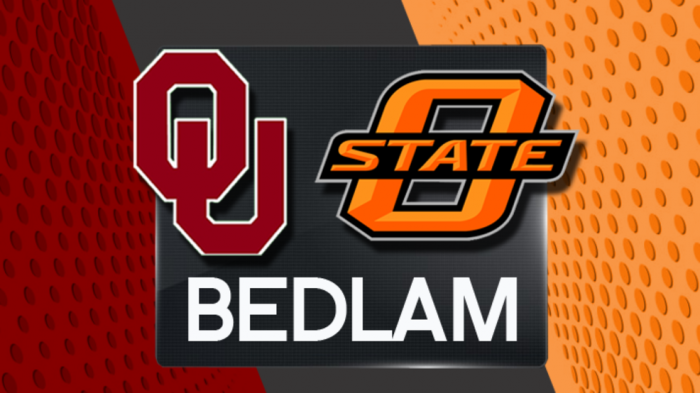 The 2021 CFB regular season closes down Saturday, November 27, with the Bedlam Series at Boone Pickens Stadium in Stillwater, so we bring you the best Oklahoma vs. Oklahoma State betting pick and odds.

The Sooners and Cowboys will decide the Big 12 Conference regular-season champ. While the Cowboys have already clinched their spot in the Big 12 championship game, the Sooners need a win here to set up a rematch at AT&T Stadium in Arlington next Saturday. According to MyBookie Sportsbook, the Cowboys are 4.5-point home favorites with a total of 49.5 points, so let’s take a closer look.

Oklahoma needs more from its offense

The No. 10 Oklahoma Sooners (10-1; 5-6 ATS) are coming off a 28-21 victory to the Iowa State Cyclones in Week 12. They forced three turnovers and held the Cyclones to 51 rushing yards (1.5 per carry), but the Sooners’ offense has struggled for the second straight outing.

Back in Week 11, Oklahoma lost at Baylor 27-14, racking up only 260 total yards, while freshman signal-caller Caleb Williams went 9-of-18 for 142 yards and a couple of interceptions. The Sooners gained 305 all-purpose yards against Iowa State, and Williams completed just eight of his 18 passing attempts for 87 yards, a TD, and an interception.

Oklahoma State continues to lean on its sturdy D

The Oklahoma State Cowboys blanked the Texas Tech Red Raiders last Saturday, 23-0, to improve to 10-1 SU and 9-2 ATS on the season. It was their fourth victory in a row, and the Cowboys have covered the spread in nine consecutive showings at any location.

Playing as a 10-point road fave, Oklahoma State allowed only 108 total yards to Texas Tech. The Cowboys racked up 427 in a return, and junior QB Spencer Sanders led the way with 239 yards and a TD. Senior WR Tay Martin had seven receptions for 130 yards, while the Pokes ran 48 times for 188 yards.

The Sooners are 6-0 SU and 5-1 ATS in their last six encounters with the Cowboys. Oklahoma holds a series lead of 90-18-7, and that’s the most lopsided intrastate score in the nation, so the Sooners enter this clash with high hopes. They are in a must-win situation, but the Cowboys will be fired up to grab a win, too.

I think Oklahoma State will try its best to beat the Sooners and ruin their season. The Cowboys’ defense has been terrific all season, so I’m backing Oklahoma State to win by three or more points. This clash could easily go either way, but I’m looking for the Cowboys D, that leads the country in the opponent 3rd down conversion, to make the difference and shut down Oklahoma.

While Caleb Williams enjoys his first Bedlam Series experience, the Sooners will have a tall task to run efficiently against Oklahoma State. The Cowboys surrender a paltry 2.6 yards per rush, while their secondary will be all over the Sooners’ receiving corps. Furthermore, the Cowboys lead the nation with 41 sacks, so they should slow down the Sooners’ prolific offense.

On the other side, Oklahoma has improved on the defensive end lately, and the Cowboys could have problems moving the ball. Hereof, I don’t expect to see a high-scoring affair. The total has gone under in three of the last five Bedlam Series, including the previous two.