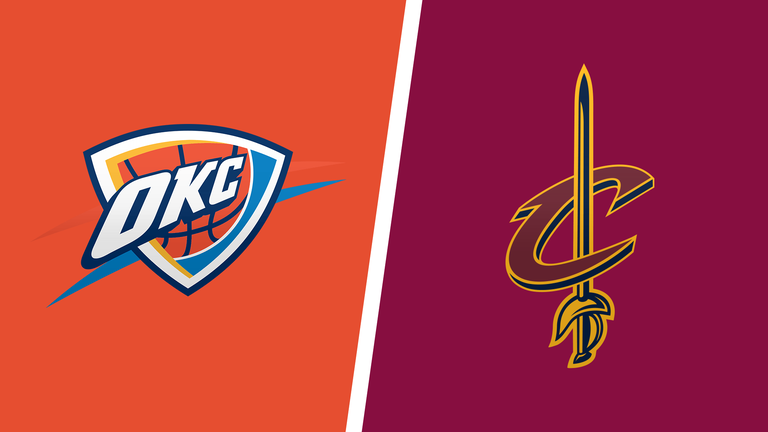 The NBA betting action goes on Saturday, January 22, 2022, with three games around the league, including the interconference battle at Rocket Mortgage FieldHouse in Cleveland, so we bring you the best Thunder vs. Cavaliers betting pick and odds.

Oklahoma City and Cleveland close down their two-game regular-season series, and the Cavs search for their third straight victory over the Thunder. Just a week ago, Cleveland outlasted OKC 107-102 as a 5-point road favorite. According to MyBookie Sportsbook, the Cavaliers are double-digit home favorites this time around, so let’s take a closer look.

The Thunder lost three in a row

The Oklahoma City Thunder fell to 14-30 straight up and 28-15-1 ATS on the season following a heavy 118-96 defeat at the San Antonio Spurs this past Wednesday. OKC failed to cover a 7-point spread, tallying its third consecutive straight-up loss and eighth in the last nine outings at any location.

The Thunder struggled mightily on both sides of the ball last time out. They shot only 38.8% from the field and 25.8% from beyond the arc. On the other side of the floor, OKC allowed the Spurs to make 49.0% of their field goals and hand out 32 assists. Aaron Wiggins led the way for OKC with 19 points and eight rebounds, while Shai Gilgeous-Alexander accounted for 13 points and five assists.

Oklahoma City owns the second-worst offensive rating in the NBA, scoring 102.8 points per 100 possessions. The Thunder are dead last in both field goal percentage (41.7%) and 3-point percentage (31.2%).

The Cleveland Cavaliers (27-19; 30-14-2 ATS) are coming off a 117-104 defeat at the Chicago Bulls this past Wednesday. They played some bad defense all night long and put an end to a five-game winning streak.

The Cavs allowed Chicago to make 54.7% of its field goals and 45.5% of its 3-pointers. On the other side of the ball, the Cavaliers shot 51.9% from the field and 33.3% from downtown, but they just couldn’t make stops down the stretch. Playing as small 3.5-point road favorites, the Cavs suffered their first ATS loss in five games.

The Cavaliers boast the third-best defensive rating in the NBA, surrendering 106.2 points per 100 possessions. Their defense should be a key factor in this game, especially after that poor display against Chicago.

Last week, the Cavs overcame an 18-point second-half deficit in a five-point road win at OKC. They forced 16 turnovers and allowed 17 assists. Darius Garland went off for 27 points and 18 assists, so look after him if you like player props. Also, keep in mind that OKC will play on the second day of a back-to-back set (their Friday night’s road clash against Charlotte has been excluded from the analysis.

The Cavs prefer to play at a slow pace, averaging 96.8 possessions per 48 minutes, so give me the under on the totals. The line has been set pretty low, but I’m expecting the hosts to control the flow and force OKC into a lot of tough shots.

Before that 117-104 loss at Chicago, the Cavs have held their rivals below 110 points in nine straight outings. I wouldn’t be surprised if they hold the Thunder below a 90-point mark. The under is 5-3-1 in Cleveland’s last nine games and 7-4 in OKC’s last 11.