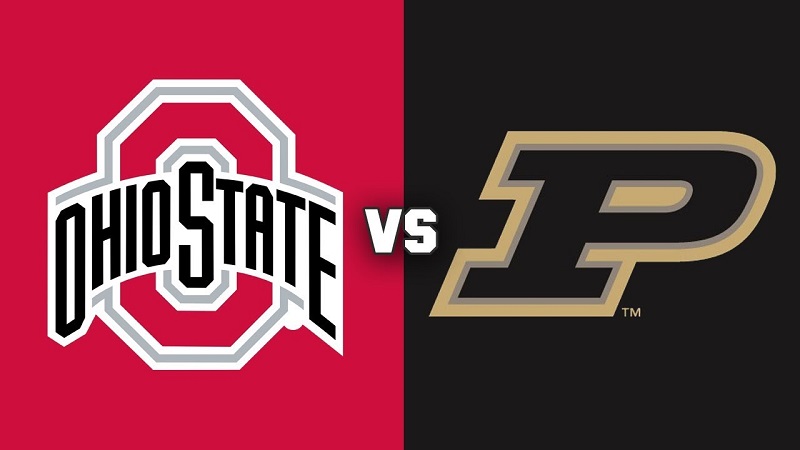 The 2021-22 college basketball season goes on Sunday, January 30, with the marquee Big Ten Conference matchup at Mackey Arena in West Lafayette, Indiana, so we bring you the best Ohio State vs. Purdue betting pick and odds.

The Buckeyes meet the Boilermakers for the first time since the 2021 Big Ten Championship Tournament and Ohio State’s 87-78 overtime victory to Purdue. The Boilermakers are firm 10-point home favorites to get revenge in this one, while the totals sit at 148.0 points on BetOnline Sportsbook.

The Ohio State Buckeyes improved to 13-4 straight up and 8-9 ATS on the season following a nice 75-64 road victory at the Minnesota Golden Gophers this past Thursday. It was their third consecutive win and fourth in the last six outings at any location.

The Buckeyes outrebounded the Gophers 48-22, posting a whopping 20 offensive rebounds on the night. Junior forward E.J. Liddell led the way for Ohio State with 23 points, 15 rebounds, and five assists, while senior F Kyle Young added 14 points off the bench.

The Purdue Boilermakers (17-3; 11-9 ATS) are coming off an 83-73 victory at the Iowa Hawkeyes this past Thursday. Playing as small 2.5-point road favorites, the Boilermakers covered the spread for the fourth time in their last five outings. It was their second straight victory and fifth over their previous six showings at any location.

Purdue dominated Iowa from start to finish, leading by as many as 18 points. The Boilermakers made 61.2% of their field goals and 59.1% of their 3-pointers (13-for-22). Junior guard Isaiah Thompson led the charge with 18 points, while senior forward Trevion Williams posted a 12-point, 10-rebound double-double.

The Boilermakers are now sitting at the fifth spot of the Big Ten Conference standings with a 6-3 record, half a game behind their next rival. Purdue is No. 6 in the NCAA NET Rankings and No. 4 in the KenPom rankings.

Neither of these two teams can brag with a stout defense, but they both execute offensively very well. The Boilermakers boast the highest-offensive rating in the country, tallying 124.6 points per 100 possessions, so I’m expecting them to beat the Buckeyes on the home court.

Covering a double-digit spread might be a problem, but I have to go with the Boilermakers, who possess great depth. The Buckeyes lack height and could easily struggle to cope with Purdue’s fluid offense. The Boilermakers rank third in the country in field goal percentage (50.6%) and fourth in 3-point percentage (40.9%).

As I’ve mentioned above, both Ohio State and Purdue lean on a prolific offense, so give me the over on the totals. Although they both prefer to play at a slow pace, averaging just above 66 possessions per 40 minutes each, I think the Buckeyes and Boilermakers will combine for at least 150 points.

The total has gone over in six of Purdue’s last eight contests. Three of the Boilermakers’ previous five tilts have produced more than 150 points in total. On the other side, the over is 11-5 in the Buckeyes’ last 16 games overall, and it is 5-1 in Ohio State’s previous six outings on the road.