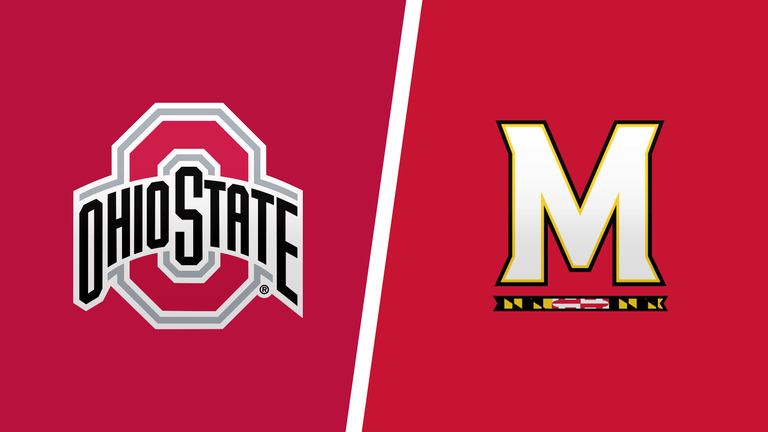 The college hoops betting action goes on Sunday, February 27, 2022, with the Big Ten Conference showdown at XFINITY Center in College Park, Maryland, so we have prepared the best Ohio State vs. Maryland betting pick and odds.

The Buckeyes and Terrapins lock horns for the second time this season. Three weeks ago, Ohio State easily outlasted Maryland 82-67 as a 9.5-point home fave. The Buckeyes are 4.5-point road favorites this time around, while the totals are listed at 142.5 points on BetOnline Sportsbook.

The Ohio State Buckeyes (18-7; 14-11 ATS) are coming off an 86-83 victory at the No. 15 Illinois Fighting Illini this past Thursday. They upset the odds as 7-point road underdogs, recording the fourth SU and ATS victory in their last five outings.

The Buckeyes made 51.9% of their field goals against Illinois. They also went 6-for-12 from beyond the 3-point line and 26-for-32 from the charity stripe to round up a terrific shooting night. Freshman guard Malaki Branham went off for 31 points, while junior forward E.J. Liddell accounted for 21 points, six rebounds, and four blocks.

The Maryland Terrapins (13-15; 12-16 ATS) just failed to extend their winning streak to three games. They suffered a 74-64 defeat as 6.5-point road dogs at the Indiana Hoosiers this past Thursday, recording their sixth loss in the last eight outings at any location.

The Terrapins played some lousy defense in Bloomington, allowing the Hoosiers to make 59.6% of their field goals. Maryland shot 43.4% from the field and 40.0% from downtown (10-for-25), but the Terrapins handed out only seven assists and committed 16 turnovers.

Senior guard Fatts Russell, who scored 23 points against Indiana, has led the way for the Terrapins so far this term, tallying 14.4 points and 3.6 assists per game. Maryland scores 109.5 points per 100 possessions (78th in the nation) and yields 100.4 in a return (114th). The Terrapins are No. 89 in the KenPom rankings and No. 95 in the NCAA NET Rankings.

The Buckeyes have played very well in the last few weeks, going 8-3 SU and ATS over their previous 11 games overall. Ohio State is still alive in the race for the regular-season Big Ten Conference title, trailing top-seeded Wisconsin by 1.5 games, so I’m expecting the Buckeyes to stay on the right track and beat Maryland by five or more points.

The Terrapins are 12th in the Big Ten Conference. They’ve been pretty much hit-or-miss lately, going 4-4 ATS over their last eight contests. Maryland’s defense is far away from an elite level and could easily struggle in this matchup.

The under is 11-4 in Maryland’s last 15 outings at home, and it is 4-2 in Ohio State’s previous six contests overall. Both teams prefer to play at a slow pace, so I’m backing the under. The Terrapins record 66.8 possessions per 40 minutes (211th in the nation), while the Buckeyes average only 65.7 (272nd).

Their first meeting of the season has gone over a total of 138.0 points. The Terrapins will have to hold the Buckeyes below an 80-point mark if they want to stand any chance of winning this game.