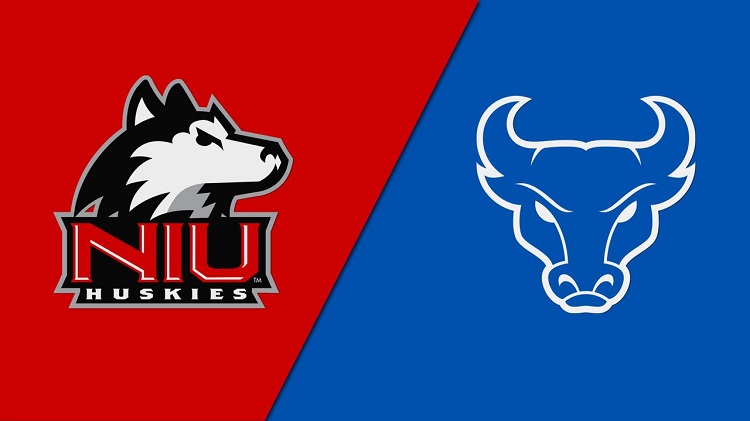 Week 12 of the 2021 college football season goes on Wednesday, November 16, with the Mid-American Conference showdown from UB Stadium in Buffalo, so we bring you the best Northern Illinois Huskies vs. Buffalo Bulls betting pick and odds.

Last year, the Bulls trounced the Huskies 49-30 as 14.5-point road favorites to snap an 11-game losing streak in their head-to-head matchups. This time around, the Bulls are listed as small 1.5-point home underdogs, while the totals sit at 60.5 points on MyBookie Sportsbook.

The Huskies pulled off another upset in Week 11

The Northern Illinois Huskies (7-3; 6-3-1 ATS) are enjoying a wonderful season, topping the West Division of the Mid-American Conference with a 5-1 record in the conference play. They are coming off a 30-29 home victory over the Ball State Cardinals, upsetting the odds as 3-point underdogs.

John Richardson made a 32-yard field goal as the time expired to help his team get back on the winning path. Back in Week 10, the Huskies put an end to their five-game winning streak with a 52-47 defeat at the Kent State Golden Flashes.

Freshman RB Jay Ducker led the way for Northern Illinois last Wednesday, tallying 24 carries for 155 yards and a TD, while junior QB Rocky Lombardi tossed for 264 yards, a TD, and an interception. The Huskies are scoring 31.5 points per game (tied-46th in the country) while surrendering 33.3 in a return (110th).

The Bulls hope to stop a two-game slide

The Buffalo Bulls (4-6; 3-6-1 ATS) fell to 2-4 in the conference play following a heavy 45-18 defeat at the Miami (OH) RedHawks this past Tuesday. They failed to cover as 7-point road underdogs, recording their second straight defeat, as Buffalo lost to Bowling Green 56-44 as a 13.5-point home fave in Week 10.

Junior RB Dylan McDuffie led the way for the Bulls last week, posting 20 totes for 91 yards and a TD, while senior QB Kyle Vantrease threw for 151 yards and an interception. Buffalo racked up 361 total yards and surrendered a whopping 536 in a return, as the RedHawks averaged 5.1 yards per rush.

The Huskies’ last six games were decided by eight or fewer points, and we should see another thrilling battle when they take on the struggling Bulls. Buffalo has had a lot of ups and downs so far this season, so it’s tough to predict the Bulls’ performance, but they should keep it close in front of the home fans and try to snap their two-game skid.

This game could easily go either way, and I would stay away from the side bet. The Huskies have been finding ways to win close games all season, so I lean the visitors at moneyline odds.

Both Northern Illinois and Buffalo have struggled to defend well thus far, so my best Huskies vs. Bulls betting pick is the over on the totals. They love to run the ball, and neither team can brag with a stout run D.

The Huskies surrender 5.9 yards per rush, while the Bulls allow 4.8. Three of Northern Illinois’ last four games produced 60 or more points in total, as well as three of Buffalo’s previous five contests did.