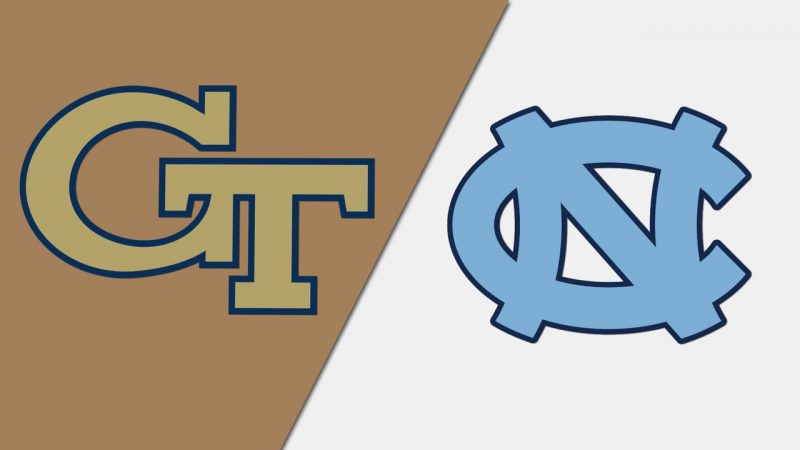 The 2021 college football betting action goes on with Week 4 matchups and another frenzy Saturday, so we bring you the best North Carolina vs. Georgia Tech betting pick and odds, as the Tar Heels take on the Yellow Jackets at the neutral site in Atlanta.

Although the Yellow Jackets will have strong support from the stands at Mercedes-Benz Stadium, they opened as 12-point underdogs on Bookmaker Sportsbook. The No. 21 Tar Heels are firm -460 moneyline favorites with a total of 63.0 points.

The North Carolina Tar Heels (2-1; 2-1 ATS) started the new season with an upsetting 17-10 defeat at the Virginia Tech Hokies, playing as 5.5-point road favorites. They bounced back in Week 2, hammering the Georgia State Panthers 59-17 as 26-point home favorites, while Week 3 saw the Tar Heels scoring 59 once again, dismantling the Virginia Cavaliers by 20 as 7.5-point home favorites.

However, the Tar Heels didn’t look well on the defensive side of things, allowing the Cavaliers QB Brennan Armstrong to throw for 554 yards and four touchdowns. At least, they held Virginia to a paltry 24 rushing yards on 22 attempts. Back in Week 2, the Tar Heels allowed 181 rushing yards to Georgia State.

The Georgia Tech Yellow Jackets (1-2; 2-1 ATS) are coming off a tough 14-8 defeat at the No. 6 Clemson Tigers in Week 3. They failed to score a TD against the Tigers’ stout defense, but on the other side of the ball, the Jackets held Clemson to only 284 total yards and easily covered a huge 27.5-point spread on the road.

Freshman QB Jordan Yates had a field day against the Owls, completing 17 of his 23 passing attempts for 254 yards and four touchdowns. He went 20-of-33 for 203 yards against Clemson while carrying the ball 16 times for 32 yards. The Jackets are tallying 179.0 rushing yards per game (53rd in the nation) while yielding 161.3 in a return (84th).

The Yellow Jackets played excellent D against Clemson, but this North Carolina offense is different. After laying an egg in Week 1, the Tar Heels surpassed a 600-yard mark in two straight outings, showing how dangerous they are both through the air and on the ground. The momentum is on their side, so I’m backing the Tar Heels to cover.

However, I don’t feel comfortable with a double-digit spread. The Tar Heels have struggled to make stops so far this season, surrendering 380.3 total yards per game (80th in the nation).

The over is 8-2 in the last ten encounters between the Tar Heels and Yellow Jackets. Also, the over is 4-1 in North Carolina’s previous five outings, and four of those five tilts produced more than 63 points in total. On the other side, the under is 4-1 in Georgia Tech’s last five outings, though eight of the Jackets’ previous 13 games went in the over.

I don’t expect the Tar Heels to score 59 points once more, but they certainly have enough firepower to deal with the Yellow Jackets’ solid defensive unit. The hosts, on the other side, will look to exploit the Tar Heels’ secondary, so I’m going with the over despite that sky-high line.