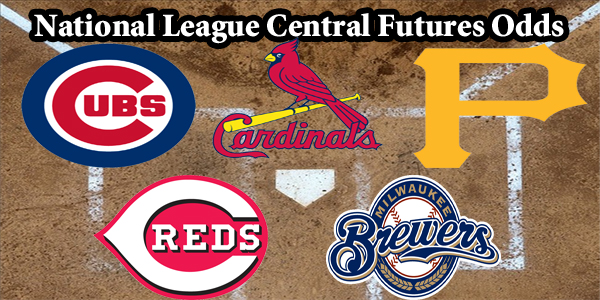 The four-horse race in the National League Central Division is going to make for a lot of interesting talking points. You’ve got the perennial contenders of the St. Louis Cardinals and Chicago Cubs. You’ve got the Milwaukee Brewers, who won the division in 2018 and also made the playoffs as a Wild Card in 2019. You’ve got the Cincinnati Reds, who made a lot of upgrades this winter and played much better than last season’s record would indicate.

You also have the Pittsburgh Pirates, who will be a non-factor.

This one is going to be a tough handicap for a lot of people out there. A really low PECOTA projection on the Cardinals induced some season win total under money, but it has not displaced them from the top spot in the NL Central Division futures list. Of course, that seems like it could all change quite a bit as we get closer to the season.

It is interesting to look back at last year’s odds and see where everybody was priced and how things shook out. These were taken from BetOnline Sportsbook on March 5. The Cubs were the +175 favorites, with the Cardinals at +225, the Brewers at +250, the Reds at +1200, and the Pirates at +1400.

What a difference a year makes.

Here are the odds to win the NL Central per 5Dimes Sportsbook as of February 20, 2020:

The Reds, who went 75-87 last season, have gone from +1200 to under +400. This is a real challenge for me as somebody who does like the Reds a lot based on their commitment to analytics and their offseason additions. They are getting a lot of the respect that I have given them. Their season win total line last season was 79.5 in early March and there was a lot of interest on the over throughout the process.

Their season win total line this time around is 84.5, so they have gotten a good bit of attention and the adjustments have been made accordingly.

The odds may not bear out that last part, but the Cardinals are not worthy of being the favorites. They won the division last season, but they lost some pieces from last season and are already dealing with pitching injuries that will force them to tap into some of their young, uncertain arms. The low PECOTA projection that pegged the Cardinals as a .500 team carries a lot of weight in my mind because it falls in line with the regression that I was expecting.

The Cubs went 84-78, so it looks like they weren’t very good on the surface. Maybe they weren’t. They also went 2-10 in their last 12 games to go from 82-68 and a pace of around 89 wins to 84-78. They could very well have given the Cardinals a run in the last week of the season. Because they didn’t, it feels like we are getting some decent value on that +265 price tag. While I am big on the Reds, the Cubs and their track record, particularly on offense, is more projectable.

The Reds at +365 are hard to pass up. A lot of people like this team and deservedly so. This is a team that was far better than that 75-87 record, with a BaseRuns record of 84-78 and a 3rd Order Win% record of 86.4-75.6. A regression to the expectation and a leap based on the new additions could very well put the Reds into that 88-90 win range and contention for the division.

To me, the Cardinals and Brewers will slide backwards, leaving the door open for either the Cubs or Reds. If you can only play one, it would have to be the Cubs, however you can bet 1 to win 2.65 on the Cubs and 1 to win 3.65 on the Reds. More often than not, one of these two teams wins the division. Obviously you can’t guarantee profit here, but you cover the two most likely bases.

That would be my approach to the NL Central if you want to get invested in the futures market.