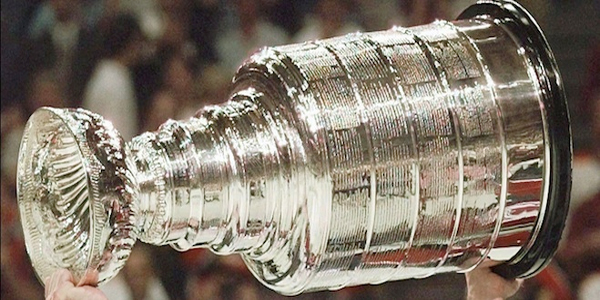 The NHL Qualifying Round Series are complete and now the Stanley Cup Playoffs officially begin. While futures bets and the teams around the league graded the Qualifying Rounds as a playoff berth, the next set of games will technically be termed the “First Round”.

After best-of-five series in the Qualifying Round, the playoffs now return to being the usual seven-game series format. Obviously all of the games will be played in either Toronto or Edmonton, but each series will have the 2-2-1-1-1 format with the all-important last change going to the home squad.

The teams that were not fighting for their postseason lives were fighting for seeding in a Round Robin tournament, so they’ve been playing. They haven’t been playing with the same intensity and some teams did take the Round Robin games more seriously than others. They also only played three games and every team that advanced except for Carolina wound up playing at least four games. The only series to require a decisive fifth game was Columbus vs. Toronto, which was won by the Blue Jackets.

With that victory on Sunday night, the First Round was set in stone. The Philadelphia Flyers wound up being a surprise #1 seed in the Eastern Conference. The Vegas Golden Knights also ran the table in the Western Conference, so they grabbed the #1 seed. The Boston Bruins and St. Louis Blues went winless in Round Robin action. The Bruins looked like they’d rather be anywhere else. We’ll see if they can flip the switch as the First Round begins on Tuesday August 11.

We’ll have previews of all eight series, but we also wanted to look at the updated Stanley Cup Futures odds and the odds to win each conference from BetOnline Sportsbook:

As mentioned, the Flyers scored the #1 seed in the Eastern Conference, so they draw the #12 seed Montreal Canadiens. It is a little bit surprising to see Colorado lined above Vegas, given that the Golden Knights also draw the #12 seed in the Chicago Blackhawks. However, the Avalanche face the Arizona Coyotes, who have the longest odds of any team in the field.

Odds have changed a little bit since the 24-team playoff was announced. The Boston Bruins went 0-3 in Round Robin play and went from +650 or so to +900. The St. Louis Blues also went through the motions, but their odds have not changed a ton. Perception is such an interesting thing.

The Flyers went out and dominated Round Robin play and went from double digits to the Eastern Conference favorites. Certainly it helps that they face Montreal, but that was still a big switch in price. Washington’s uninspired performance in the Round Robin also moved the Capitals down.

The best opening round series on paper looks to be Boston and Carolina. The Capitals have an interesting series against former friend Barry Trotz, who led the Capitals to their first Stanley Cup in franchise history just a couple of years ago.

Tampa Bay gets a crack at revenge against Columbus, which is also going to be a fun one. The Flyers are one of biggest favorites of the opening round and the favorite to win the conference because most people believe that is the only series that can’t go either way.

Finding a value play is tough here. The Bruins draw a tough first-round matchup because they screwed around with the Round Robin games, but this is a team that was as good as any during the regular season. They just put themselves in a tough predicament.

If I had to pick one, I’d say Tampa Bay at +350. The Blue Jackets were outplayed most of the series against Toronto, but Joonas Korpisalo and Elvis Merzlikins were excellent.

The Avs and Knights get top dog status here because they have the easiest of the Western Conference First Round matchups on paper, but it certainly does appear like the chances of a chalky First Round are much higher in this conference than the East. Colorado is now healthy and Vegas now has a better backstop in Robin Lehner, so those two teams are indeed deserving favorites.

Dallas actually drew a decent matchup against Calgary in all honesty. The Stars, who had some issues in the Round Robin and throughout the season scoring goals, have much stronger goaltending than the Flames. That could be the biggest difference in the series. While any team that advances to face either Vegas or Colorado will be a clear underdog in the Second Round, the +900 price on Dallas to carry over isn’t terrible.

It seems like a lot of people will pencil in Vegas and Colorado to advance to the next round and then be on a crash course in the conference final. Some will even put it in pen. It will probably happen that way, so if you want to pick between the two and take one at +250, that wouldn’t be a bad bet either. Both teams looked crisp in the Round Robin and will be clear favorites in the next round. St. Louis is a tougher matchup for Vegas than Dallas/Calgary for Colorado, so they get the slight nod. If Vancouver can get past the Blues, then the Golden Knights are sitting pretty, but that seems unlikely.

Be sure to check out our series previews for all eight First Round matchups!