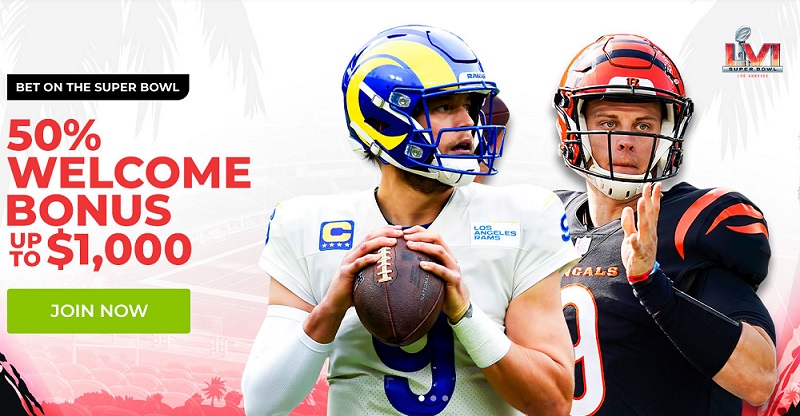 There is a reason many good teams play hard until the end in the NFL, and that is so they can have the opportunity to host playoff games. Obviously it is considered to be important for teams to play their most critical games at home, and that has proven to be a winner, at least in the won-lost category. If a team has been lucky enough to get to the championship round in its conference playoffs, for example, it is a 67% proposition to advance to the Super Bowl as a home team, and a 58% proposition to cover.

In the NFL, it is considered pointspread “death” to play on the road three weeks in a row. So imagine doing that against the best teams available in order to get to a Super Bowl.

Since the merger took effect in 1970, there have been only three “wild card” teams who have won exclusively away from home en route to capturing the Lombardi Trophy, and in each case those teams won three legitimate road games.

The Cincinnati Bengals won’t have to do precisely that. But they will have to do something similar in order to win their first championship. We’ll explain. For now, here are the numbers…..

Keep in mind that with Odds Boosters, you’ll get payouts that are vastly better than usual on pre-selected parlays, every day of the week!

The 1975 Dallas Cowboys came into the playoffs as a wild card, and defeated the Vikings at Bloomington, then the Rams at Los Angeles, before losing to the Pittsburgh Steelers in Super Bowl X. Ten years later the New England Patriots became the only third place team to make it to the Super Bowl, beating the Jets, Raiders and Dolphins on the road along the way before getting starched by the Chicago Bears 46-10 in Super Bowl XX.

Those were cases were the teams almost finished the job. It was not until the 2005 Pittsburgh Steelers, quarterbacked by Ben Roethlisberger, that a team made it from the wild card ranks and won three straight road games in the playoffs AND traveled the Super Bowl and won it. Pittsburgh didn’t leave a lot of room for doubt either, scoring wins at Cincinnati by 14 points and at Denver by 17, sandwiched around the dramatic 21-18 win over the Colts at the RCA Dome, where they beat back a furious Indianapolis rally, with some anxious moments at the end, sweating out a missed Mike Vanderjagt field goal attempt with 18 seconds to go. Then they beat Seattle 21-10 in Super Bowl XL at Ford Field in Detroit. Along the way the Steelers beat three coaches who had or would win a Super Bowl – Tony Dungy, Mike Shanahan and Mike Holmgren.

For my money, however, the all-time road warriors to go all the way were the New York Giants of 2007, who finished second in the NFC East and were just coming off that thrilling loss to the New England Patriots to end the regular season. As the Giants embarked upon their playoff journey, what a lot of people had discounted was that they had won and covered their last six road games. With mental toughness like that, they were absolutely not intimidated in traveling to beat the Tampa Bay Buccaneers in the wild card round, then the NFC East champion Dallas Cowboys in the divisional round, and finally the Green Bay Packers in overtime in one of the coldest games in NFL history – and as it turned out, the last game Brett Favre would play for the Packers. On top of that, the Giants beat the undefeated Patriots in the rematch at University of Phoenix Stadium. At the end, the Giants had won and covered nine straight games as the visiting team.

The Green Bay Packers also came into the playoffs as a wild card in he 2010 season. They went on to beat Philadelphia, Atlanta and Chicago as the visiting team before their victory over the Steelers in Super Bowl XLV. That was a team that overcame so many injuries that it was miraculous how they got that far. They did, however, have Aaron Rodgers, who fired 28 touchdown passes.

Last year the Buccaneers were a wild card and won three road games in the playoffs before beating the Kansas City Chiefs in the Super Bowl. But interestingly enough, that Super Bowl was played at THEIR home (Raymond James Stadium).

THIS year, the Bengals hosted the first playoff games, then went on the road to beat Tennessee and Kansas City, and now, in their third straight road game, they have to beat he Rams, who are very much the home team. If they can do it, they’re another “road warrior”!

What’s better than a road trip? Why, it’s BetOnline’s Super Bowl Props Predictor, which affords you the opportunity to win your share of $25,000 in prizes. All you have to do is get the props right…….. And when you seek out “Odds Boosters,” you can get greatly-enhanced payouts on pre-selected parlays on a daily basis……. These people make it very headache-free to open up an account – and they do so by offering every cryptocurrency option imaginable. Of course, that includes Bitcoin, so you can get in the action very quickly!