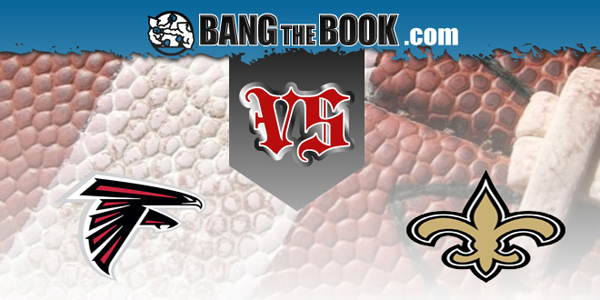 Drew Brees is out of this game with fractured ribs and a punctured lung. So head coach Sean Payton has tabbed Taysom Hill for this start, as Jameis Winston may or may not see some action.

Atlanta (3-6 SU, 4-5 ATS) is an interesting proposition. The Falcons, who came on strong to close out with a 6-2 mark in the second half of 2019, appear to be putting forth some honest efforts under interim coach Raheem Morris. It’s funny, because the message we got from owner Arthur Blank was that Morris might have been able to campaign for the long-term job if he went undefeated. And who knows – maybe he is re-thinking things as the Falcons have won three of their last four games.

Clearly we knew they had an awful lot of talent. But maybe Dan Quinn was trying to do too much. Matt Ryan is always doing a lot, it seems. He is not throwing up the kind of numbers he was during the Super Bowl season, but they’re pretty good – 2746 yards and 15 touchdowns. The acquisition of Todd Gurley is at least something that makes other teams defend the run, even if he is averaging just 3.7 yards per carry.

New Orleans is ranked #1 in the NFL in Total DVOA, an overall strength metric developed by the folks at Football Outsiders. And of course they have come up with two pretty solid wins over Tom Brady and the Tampa Bay Buccaneers. Michael Thomas has returned to the lineup, and that will help Hill. So will Alvin Kamara, who is averaging 4.7 yards per carry and has caught 67 passes, which is more than twice as much as anyone else on the roster. Certainly Hill can use a short-range outlet.

Interestingly enough, Atlanta hasn’t done badly against the run. The Falcons are tops in the league against “Power Success” and fourth in Stuff Rate. So they aren’t exactly sieve-like up front.

Yes, these Falcons possess some virtues.

And BetAnySports patrons who are familiar with their season at all know that they have lost a number of games in VERY bizarre fashion. And if those games had gone the other way, they could be 6-3 or 7-2. And that would change the way we look at them, I guess. But you know what? Even if that had happened, they still wouldn’t be as good as this New Orleans team, which by the way has scored 27 or more points in eight of nine games.

Hill has thrown only five passes this season, and 30 in his career. But as we know, he has obvious talents. He will bring a very real RPO threat to the table. And he runs with power. He is, by all accounts, pretty relentless too.

Payton and the Saints (7-2 SU, 4-5 ATS) were anything but lost when Brees was absent with his thumb injury last season. Under Teddy Bridgewater, they won five straight games. And Payton reinforced his credentials as one of the foremost offensive architects in the business.

And here’s the thing – the general consensus is that just as Morris is “auditioning” to be the Falcons’ “permanent” coach, this serves as an audition for Hill to see if he has what it takes to be Brees’ eventual successor.

As such, you just get the sense that Payton has really been anxious for this opportunity. And you can bet he had a lot of fun compiling this game plan. And since his teammates love him, just imagine the effort they’ll put forth behind him.

The Saints will keep things rolling with another dimension to the attack, and we don’t want to bet against the industrious Hill. We’ll take NEW ORLEANS.