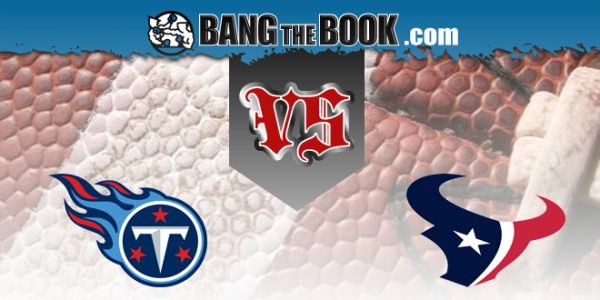 The Tennessee Titans have a pretty simple scenario for winning the AFC South, which is to win their game against the Houston Texans on Sunday. That’s actually a pretty uncomplicated task, since if they lose the only other scenario is for Indianapolis to lose the Jacksonville Jaguars. But the wild card possibilities are very open to them right now. So it is with optimism that they go into this game, on the road against a sinking ship, with kickoff scheduled for 4:25 p.m. Eastern Time.

It was a thriller the first time these two teams met, on October 18, as Tennessee pounded out a 42 – 36 victory. It was a game that went right down to the wire. Tennessee showed dominance on the ground, with 263 rushing yards, 212 of them from Derrick Henry, who is going to win the NFL rushing title. Tennessee had 31 first downs in the game. And both quarterbacks – DeShaun Watson and Ryan Tannehill – had over 300 yards through the air.

As it turns out, last week’s game in Green Bay, where they were overrun in the snow, didn’t have a heck of a lot of bearing on Tennessee’s eligibility to get into the playoffs. Even if they don’t win the division, they can get one of the wild-card spots should either Baltimore or Miami lose.

It’s been a very difficult year in Houston, and that goes without saying. Head coach Bill O’Brien was fired, with Romeo Crennel taking over. And he was a little spark at the beginning of his interim tenure , but that has disappeared. JJ Watt has called out his teammates for giving up. And there is some evidence of that, especially in the shameful 36 – 7 loss to Chicago. But there have been a couple of close losses to the Colts, indicating they can be competitive if they don’t roll over.

In the NFL odds that have been posted on this game by the folks at BetAnySports, Tennessee is the considerable favorite on the road:

It is the way of the NFL that this coaching staff in Houston understands that it might be unemployed come Monday. Crennel became the oldest man ever to coach an NFL game this season, and he is not likely to stick around. and let’s face it – as defensive coordinator, he has failed his mission, judging from what we have seen on the field. This is one of the worst stop units in the league in a number of different categories. And that aspect for the way they defend the run; the Texans have allowed five yards per carry and 151.7 yards per game.

Obviously that can be bad news against Henry, who comes into this game with 1777 rushing yards, and an outside chance to reach the 2000 mark. He is 220 yards ahead of anyone else in the league, and he is posting a 5.2-yard average, which is a career-best for him.

Tennessee has not gotten a lot of pressure on opposing passers. And thus, maybe they are not able to exploit that weak Houston defensive line, which has paved the way for almost nothing on the ground and allowed Watson to get sacked 48 times, yet unbelievably, is sending left tackle Laremy Tunsil to the Pro Bowl. Watson and Tannehill are both ranked in the top four in the NFL in passing efficiency, but the Titans are dead last, and by quite a margin, in sack percentage. So maybe Houston can do some business through the air.

That’s why we might look for something of a Donnybrook in this one, pointing us OVER the total.