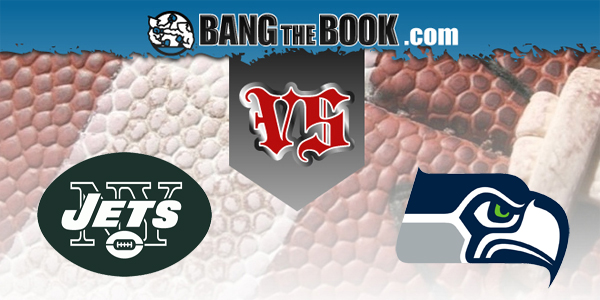 Things keep getting more and more toxic around the New York Jets.

There’s more than enough piling on, and some backstabbing to boot. And we’re almost certain it’s not over.

For those who are rooting for the team to clinch an opportunity to get the #1 pick in the draft, last Sunday’s collapse against the Las Vegas Raiders was quite welcome, since the Jacksonville Jaguars, with a 1-11 record, are competing hard for the same prize.

But there was almost unanimous opinion about defensive coordinator Gregg Williams’ play-calling gaffe as he called an all-out blitz, rushing eight people, and left an undrafted rookie cornerback named Lamar Jackson out on an island with a receiver (Henry Ruggs) who was almost surely going to beat him in a speed duel. The result was a touchdown pass by Derek Carr with seven seconds left and another sad loss for the worst franchise in the NFL.

Rex Ryan, doing his “analysis” for ESPN, said it was the worst call he’d ever seen in all of his time in football. Boomer Esiason, who co-hosts a show on WFAN in New York, where they say controversial things just for the sake of doing so, suggested that Williams was part of the “tanking” process, although that doesn’t make a whole lot of sense, since Williams wasn’t likely to be around next season anyway to be part of a team with, say, Trevor Lawrence at quarterback. But it gives you an idea of just how apoplectic everybody was.

Adam Gase is a goner, too, but he is also a guy who has always looked for scapegoats. So he was all too willing to throw Williams under the bus, although he admitted that he should have called a time-out when he heard through his headset that there was a “Cover-Zero” defensive call on the play. Gase says he slept on his eventual decision, but then told ownership he was firing Williams, which is exactly what he did.

Williams now has a chance to become the defensive coordinator for TWO teams with 0-16 records (the Cleveland Browns of a few years ago being the other) and in that specific position, he has been a winner in nine of his last 52 games. So this could be the end of the road for him.

If you recall, Williams was the focus of the “Bountygate” scandal in New Orleans, where he was suspended from the league. One of the people who testified against him at the NFL hearing was Joe Vitt, who wound up with the Saints’ interim coaching gig as a result.

Vitt is Adam Gase’s father-in-law. And he was hired as the linebacker coach by Gase with the Jets.

Since apparently Donald Trump has exhausted most of his avenues through which to get some “relief” about the election, we might expect that Woody Johnson may soon return from his role as Ambassador to Great Britain, and take over the Jets’ ownership again, at which point we may see changes.

For now, with this game against the Seahawks, we will be reminded about one guy who got out while the getting was good – Jamal Adams, who the Jets say they don’t miss. He was one of the unhappy campers in New York, so he was sent away, as was Le’Veon Bell. One guy who actually wanted to stay was defensive lineman Steve McLaren, who actually played in a game for the Jets after learning he had been traded to Tampa Bay.

So it looks bad, especially with the Seahawks angry after losing to the Giants at this same venue last week? Well, maybe. The Jets will most likely leave Seattle with an 0-13 record, but remember that the ‘Hawks have not been covering numbers lately (2-6 ATS last eight) and have become gradually more conservative on offense, running the ball almost 43% of the time over the last four games. After a hot start, Russell Wilson is coming down to earth as well (4 TD’s, 3 INT’s in last four games) as Seattle hasn’t hit the 30-point mark in the last six contests.

And despite all the abuse that Williams and the defense are taking now, the Jets, believe it or not, are sixth best in the league in preventing TD’s in the red zone (55%), and their D-line is 4th in Adjusted line Yards and 8th in Stuff Rate. You know the public isn’t waiting in line to bet on the Jets. You may be getting the better of the deal by taking the points.

BetAnySports will make you extremely happy, with reduced juice, as well as Sports Betting Prime, which enables real-time wagering after the game starts……… And there are plenty of ways for you to open up an account, including your debit card, credit card, person-to-person transfers or the virtual currency of Bitcoin, which is fast and easy with their automated system, and NEVER incurs a transaction fee!