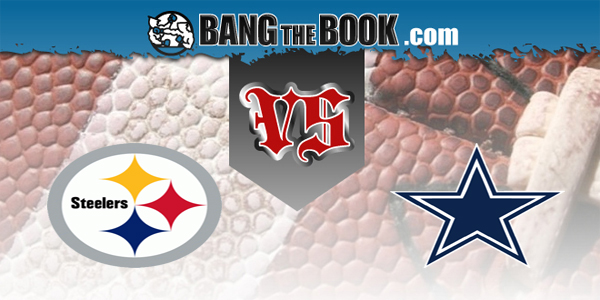 The Dallas Cowboys, who have suffered through some attrition at the quarterback position, will be making another move in that regard on Sunday, as Garrett Gilbert appears to be the guy who is taking the reins for them.

It’s a daunting task on Sunday, as the ‘Boys will face off against the Pittsburgh Steelers, the last unbeaten team in the NFL. This one goes off at 4:25 PM ET at AT&T Stadium in Arlington, TX.

To summarize, Dak Prescott is out for the year, and Andy Dalton first suffered a concussion and is now on the COVID-19 reserve list. I heard some idiot at the CBS Sports site comment that the Cowboys screwed up their quarterback situation by not giving Prescott all the money he asked for last year. And I was wondering whether that would have prevented him from getting injured. Go figure.

Ben DiNucci was put in a rough spot as he had to start against Philadelphia last week. And the rookie, who really needed to spend a couple of seasons just learning the ropes, wasn’t really prepared to get in there. So in order to try and save the season for a team that, believe it or not, is not out of the picture in the mediocre NFC East, Dallas will hand the ball to Garrett Gilbert, son of former NFL QB Gale Gilbert, who started his career at Texas and wound up in a more wide-open offense at SMU.

This is now seven teams for Gilbert, although he has thrown only six passes in NFL games. He may have found himself a little a couple of seasons ago with Orlando in the Alliance of American Football, as he led that league in passing yards and passer rating. But for the most part, he’s been a backup and/or practice squad player.

We may have been a little more comfortable with Cooper Rush (recently signed off the Giants’ practice squad) getting this start. McCarthy kept offensive coordinator Kellen Moore around after he was hired, and Rush played under Moore’s system, so he knows it. Naturally we don’t discount that we could see him at some point.

The offensive line is once again, as it has been lately, of the patchwork variety. Rookie Terence Steele is playing right tackle, and Tyron Smith is out. Zach Martin is back, and that’s good,but head coach Mike McCarthy doesn’t want to move him around just to fill a hole. That might make things even worse. So yea, Gilbert will feel pressure.

Pittsburgh’s sack rate is the highest in the NFL. They are the only team in the league that has held opponents under 60% completions, and they also get the other team off the field quicker than anybody (allowing average 2:29 time of possession per drive). So unless Dallas can establish a run game (with that OL, difficult), it’s a long day.

And as far as we’re concerned, an UNDER day.