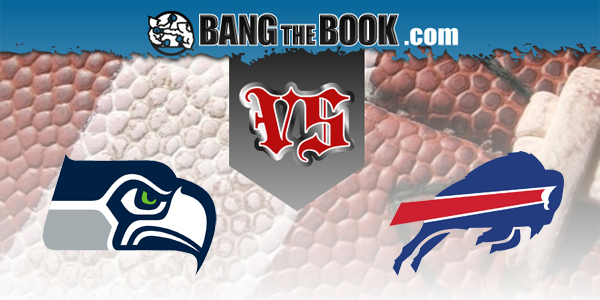 The Buffalo Bills are the team that may take over the AFC East. But they aren’t exactly cruising to it, not after the close call they had against the Patriots last week.

The Seattle Seahawks have given up a lot of yardage, but that’s okay when you have Russell Wilson fully prepared to ring up points like a pinball machine.

These teams meet up at Bills Stadium on Sunday at 1 PM ET.

Should we be reading some of the signs from last week’s action? In other words, should we take note of the fact that after having won 15 of their last 17 games by a margin of no more than one possession, the Seahawks has ten points’ distance between themselves and San Francisco? And that the Bills had life-and-death with a New England squad that doesn’t have much life and is closer to death (figuratively speaking, of course)?

Which quarterback has been functioning at a higher level than Russell Wilson? He added four more touchdown passes last week, steering his team to 27 first downs, fueled by 60% third down efficiency. Admittedly his Seahawks were going against a 49er team that is missing a significant amount of personnel, but there is no one they haven’t moved the ball against.

The truth is, they have to. The Seahawks’ defense gave up more yardage over the first six games of the season than any other team in history.

The Bills have shown the capability to do that, but that might be more reflective of Josh Allen’s numbers in the early part of the schedule. First four games: twelve TD passes and one interception. Last four games: 4 TD’s, 4 INT’s, In those four games, he’s thrown for just 6.5 yards per attempt and has registered his four lowest QB ratings. Sol you might say he is trending downward.

We may not agree here, but it could be that if either team would run the ball with a little more authority, it would create more of a path to victory. With these quarterbacks, they have both gotten away from it. But surprisingly, Seattle has been better at defending the run. They have allowed just 3.9 yards a carry, and their defensive line ranking, as per the “Adjusted Line Yards” metric from Football Outsiders, is among the top dozen teams. Buffalo is yielding 4.7 yards per attempt, and if not for a late fumble by Cam Newton, they may have fallen to the Pats.

The total is a big number, and obviously bloated some by public perception. Not that these teams can’t reach it. But on balance, I think Wilson is more reliable here, and more worthy of the support. He’s a better downfield thrower, and his 26-6 ratio of touchdowns to interceptions positions him as a pretty good MVP candidate. Isn’t it interesting that it seems every year the Seahawks do better than people expect them to? I don;t think that’s an illusion. And I would rather trust the guy who’s responsible for that.

So yeah, we’re going to lay this number on the road with SEATTLE.