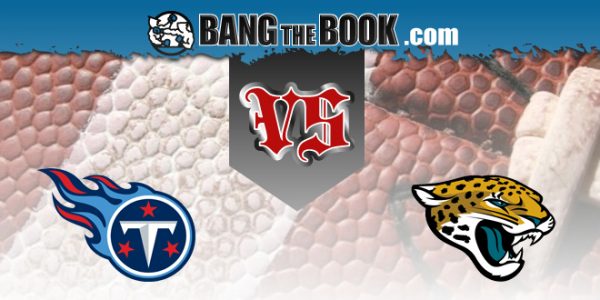 When the Las Vegas Raiders threw a last-second touchdown pass to beat the New York Jets last Sunday, that might have been a gut-punch for fans of the Jacksonville Jaguars, and in the opinion of some BetAnySports customers, the team’s management.

There has been some controversy attached to the Jaguars this season, because they have continued to lose – now eleven straight – and the conventional wisdom is that they are competing hard for the #1 choice in the draft, who will likely be Clemson quarterback Trevor Lawrence.

General manager Dave Caldwell has been fired, head coach Doug Marrone is an almost definite casualty at season’s end, and even if they finish the year with just one win, they may have to settle for Ohio State’s Justin Fields, if at that point they even decide to go in that direction.

The Tennessee Titans, at 8-4, are tied with the Indianapolis Colts for the AFC South lead. They’ve been hot and cold, and last week they failed to get out of the starting gate against the Cleveland Browns, giving up four first-half TD passes to Baker Mayfield and falling behind 38-7. A second-half comeback made the score look better (41-35), but there was too much ground to make up.

In the pro football betting odds posted on this game by the people at BetAnySports, the Titans are laying just a tad more than a touchdown on the road:

What is kind of bizarre about the Jaguars’ losing streak is that they have seemingly refused to use their starting quarterback. They were high enough on Gardner Minshew that they dealt away Nick Foles in the off-season, but he injured his thumb, which opened the door for rookie Jake Luton, who had played against him in the Pac-12 (at Oregon State). After a game in which Luton threw four interceptions against Pittsburgh, he was benched, and even though Minshew said he had recovered well enough to play, Marrone turned to veteran Mike Glennon, who had really fallen off the radar.

Well, they have covered twice with Glennon, including an overtime loss at Minnesota last week. But Minshew is now saying that he has, in his words, “begged” for the opportunity to play and is not getting it. What signal that sends is up to everyone’s interpretation.

We would expect that the Titans will have a bounceback effort of sorts after the debacle in Cleveland. They have the quality on offense; Ryan Tannehill has 23 touchdowns and four INT’s and may be on his way to another Pro Bowl. And since he has taken over at quarterback Tennessee has been the NFL’s best team at scoring touchdowns in the red zone. Derrick Henry is, of course, the kind of running back you can build an offense around (1257 rushing yards at this point). And wide receiver AJ Brown may be, pound-for-pound, the strongest player in the NFL.

Jacksonville is certainly not without weaponry. James Robinson has been a revelation as an out-of-nowhere running back, and rookie wideout Laviska Shenault is fulfilling his promise.

We know that the J-Ville players haven’t been “tanking.” They have actually been competitive in a lot of games, losing by a margin of four points or less five times. Glennon hasn’t been horrible; they’ll put points up. Tennessee has gone over the total 20 of 25 times with Tannehill starting at QB. That would seem a smart way to go – OVER.

BetAnySports will make you extremely happy, with reduced juice, as well as Sports Betting Prime, which enables real-time wagering after the game starts……… And there are plenty of ways for you to open up an account, including your debit card, credit card, person-to-person transfers or the virtual currency of Bitcoin, which is fast and easy with their automated system, and NEVER incurs a transaction fee!