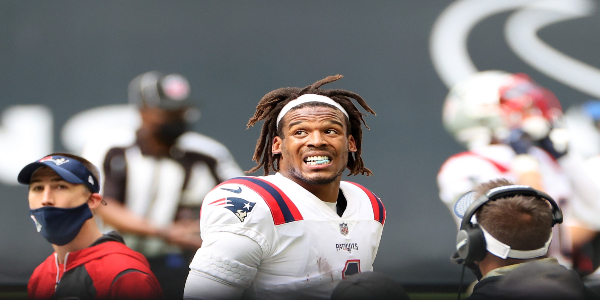 For whatever reason, the New England Patriots got off their game against the Houston Texans last week. They didn’t do what they do best. And the Pats are now staring at playoff elimination.

On Sunday afternoon they will line up to face the Arizona Cardinals in a game that will take place at Gillette Stadium at 1 PM ET.

For those customers hooked up with BetAnySports, there is the opportunity for better odds with reduced juice, not to mention real-time wagering after the game has started through Sports Betting Prime.

No matter the circumstances, the Pats (now 4-6 SU & ATS) needed to keep to their bread and butter. It has been rather evident from early on in the season that when they over-emphasize the pass with Cam Newton, they suffer offensively.

So Newton aired it out 40 times (for 365 yards), and they ran only 24 times. And the result was a home defeat to the Houston Texans, a team which has gone through a lot of upheaval, including a coaching change, and has some familiarity with the New England “method” with Romeo Crennel as an interim coach.

The bad news is that Rex Burkhead is no longer available for the Patriots. The good news is that Sony Michel and his 6.7-yard-per-carry average should be ready to go, according to the coaching staff.

In the NFL football betting odds posted on this game by the folks at BetAnySports, the Cards are laying points as the road squad:

DeShaun Watson had a big day against the Pats last week, and now comes the challenge of facing Kyler Murray. But is any of this new? The Pats had to prepare for the reigning league MVP in Lamar Jackson a few weeks ago.

Of course, Jackson didn’t have any receivers quite like DeAndre Hopkins, who is already up to 912 yards this season. But the Pats hope to have an answer for that. Stephon Gilmore is with them now, and when asked who he’d be covering in Sunday’s game, he kind of laughed about it, as if there is any question he’ll be shadowing Hopkins all day.

Arizona has some things going for it; namely, that the Cards are second in the league in rushing and third in the NFL both offensively and defensively in the red zone.

But if the Patriots can avoid falling behind early in this game, which would force Newton to over-do it through the air, they can work the ground attack, which they have done over 50% of the time during the season.

And hey – let’s not forget about the fact that the Pats have been a dangerous dog with Belichick , covering 15 out of 20. You can never disqualify that for a team that has gotten so used to getting to the playoffs, there is room for a balls-out effort in a position of desperation, which is exactly where they are. So we are going to grab the points with NEW ENGLAND in this game.