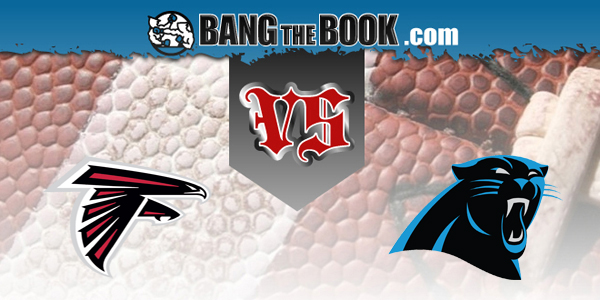 Here is a look at Thursday Night Football in the NFL, which can be seen on Fox as well as Amazon Prime Video (if you are a subscriber):

As the Atlanta Falcons continue along with this comic, tragic season of theirs, one can’t help but take note of a few things.

One of them, it seems obvious by now, is that since-fired coach Dan Quinn was not necessarily the source for the stumbling and fumbling that has led to a 1-6 record. Last week they demonstrated that they not only can’t win for losing, they can’t win for winning either.

Todd Gurley scored a touchdown that was, as it turns out, an accident, because he left too much time on the clock for Matthew Stafford and the Lions to come back.

Of course, Stafford put together a drive without any timeouts and took it all the way down the field. The Falcons, we suppose, were disheartened by Gurley’s gaffe, which was kind of dubious and self-defeating.

In the press conference after the game, Morris, who was the defensive coordinator before taking the interim job, made sure to mention that players were asked not to go into the end zone. Naturally, all of this assumes Atlanta would be able to kick a field goal at the end, and perhaps, considering the circumstances, such an assumption had no business being made.

But I’m frankly a little stunned that Morris, who has indicated that he is, in effect, more or less in an extended interview for the “permanent” job, wouldn’t have said something like “We’re going to score when we have the opportunity, and I’m going to have confidence in this defensive unit that I have built to stop a team on the final drive.”

THAT may have scored some points with owner Arthur Blank. But instead, Morris went scoreless there.

Oh, he DID say that he wanted his team to impose its will on opponents, which is kind of ironic since it appears that the will of fate has so cruelly worked so assiduously against them. And now there are rumors flying around that various Falcon players might be available via trade, including Matt Ryan and Julio Jones.

When he was asked whether Morris is a serious candidate to retain the coaching position beyond this season, Blank said yes, if he went 11-0. I thought that to be a little bizarre, but there is something about the tone of that statement – that he would be looking to affect a big splash when he makes his ultimate coaching hire.

So it is not surprising, as we approach Thursday night’s game, that it has been suggested that when the Falcons take the field, they may be doing so against their eventual head coach.

Hiring Joe Brady would constitute a “big splash.” He is 31 years old and has risen up the coaching ladder very quickly; so quickly, in fact, that he is an offensive coordinator in the NFL without ever officially having a position like that even in the college ranks. But of course, we know that he was the driving force behind LSU winning a national title and Joe Burrow winning a Heisman Trophy.

As he is now running the Carolina Panthers offense, he has helped this team become much more competitive than anybody wanted to give them credit for. Teddy Bridgewater, who worked with Brady in New Orleans, is currently fifth in the NFL in passing yards and has registered 72% completions.

As we were writing this, there was the possibility that Christian McCaffrey might play. He is off injured reserve after sitting with a high ankle sprain. We’re not sure his presence in the lineup right now wouldn’t upset what Brady has established, at least right away.

If you put these defenses together, they are yielding over 70% completions. There are capable running backs who complement the passing game, which takes up around 60% of the plays. And with capable offensive coordinators, those passing games work (example – Matt Ryan leads the NFL in passing yardage). And as you’ve read, Morris doesn’t have any real faith in his stop unit.

Yes, either side could win. But we feel safest going OVER the total of 51 points.

BetAnySports is your headquarters for a virtual plethora of options on Thursday Night Football ……. When you access reduced juice, you get a break on the odds, and then Sports Betting Prime allows you to place wagers as the game is in progress……. Open your account with a debit card, credit card, person-to-person transfer or the virtual currency of Bitcoin, which is fast and easy with their automated system and NEVER incurs a transaction fee!