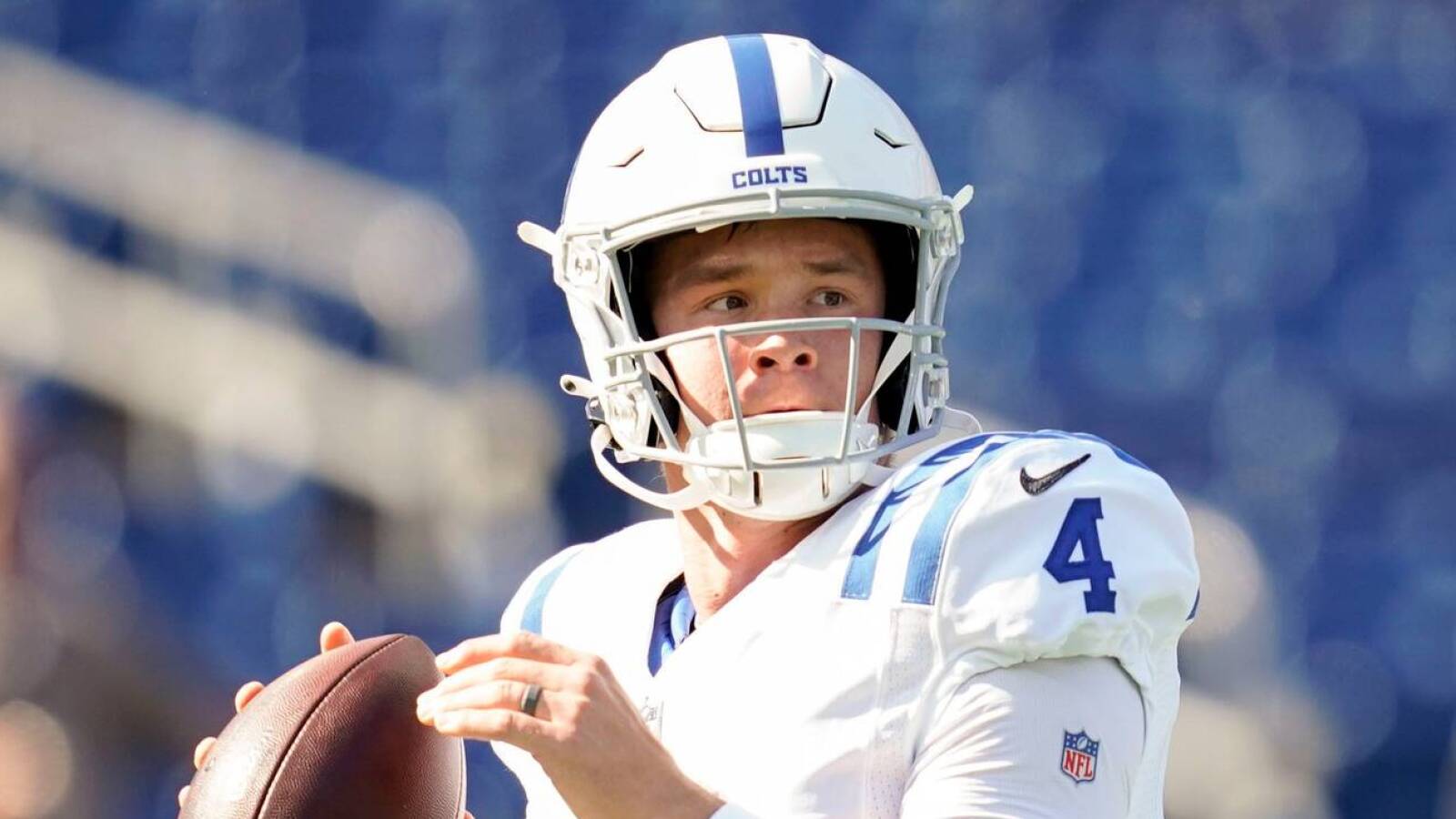 NFL Betting Preview — Who is Sam Ehlinger and what does he mean for the Colts this week?

How bad have the Indianapolis Colts been on offense? Well, bad enough that they have scored 16.1 points per game, 29th in the league. They are – as we speak – 30th in the league in rushing, with 567 yards TOTAL. And that is a team with Jonathan Taylor available, at least most of the time. They have scored a grand total of TEN points in the first quarter.

I guess a lot of this has to be laid at the feet of Matt Ryan, who came from the Atlanta Falcons in exchange for a third-round draft pick in the off-season. Ryan has put up some of the most atrocious numbers in certain categories, among them nine interceptions (including a pick-six against Tennessee last week), eleven fumbles, three of which have been lost, and 24 sacks.

So Ryan is out. And when we say “out,” we mean REALLY out. He won’t play again this season, because there are contract-related issues in which it would cost the Colts a lot of money next season if he got hurt this year. And he already has a shoulder separation. That’s why it kind of makes sense when head coach Frank Reich says that it was no snap judgment to make the decision to sit him for the rest of the year.

So it’s one MVP who has been sent to the bench. There is a Super Bowl MVP (Nick Foles) who stays on the bench. And the winner of the quarterback derby is……

He’ll start at Lucas Oil Stadium this Sunday against the 3-4 (SU & ATS) Washington Commanders, with a 4:25 PM ET kickoff. And barring injury, he’ll make every start after that. It’s one of those situations where Indy, before making a move on a QB in the draft, wants to find out what they already have.

His team, which miraculously has a record of 3-3-1 (3-4 ATS) is favored, according to the NFL betting odds as they are posted at BetOnline:

Remember that with Odds Boosters, you can get a tremendous value payout on pre-selected parlays – and that’s offered every day of the week!

At Westlake High School in Austin, which not only produced Foles but also Drew Brees, he set most of the passing records. He stayed in town, going to the University of Texas as a four-star recruit, and threw 83 touchdown passes with just 20 interceptions over his last three seasons. He had 663 rushing yards as a junior, and that is an important thing to make note of, because he provides something Ryan does not have, which is a high degree of mobility.

Though not necessarily versed in a pro-type system in college, and not considered a premium prospect by virtue of his sixth-round status in the draft (there are very few Tom Bradys out there), sometimes these guys are able to thrive more once they are exposed to pro-level quarterback coaching. And besides, the notion of a “standard” NFL offense is kind of flexible these days, depending on whether the quarterback can run with the ball.

In the preseason, Ehlinger did not struggle, completing 24 of 29 for 289 yards and four TD’s. He also – again importantly – had a 45-yard touchdown run.

Frank Reich might be a guy on the proverbial “hot seat.” It seems to me that what he may be doing here is something that resembles what Nick Sirianni (his former assistant) did in Philadelphia last season, which is to take a run-first approach and utilize that his team does best.

In this case it would involve using Taylor (who led the league in rushing last year) very heavily, with Nyheim Hines providing relief, and some designed running plays for Ehlinger thrown in. The Colts have taken a lot of abuse about their offensive line, but it is anchored by Pro Bowl center Ryan Kelly and Quenton Nelson, who may, when all is said and done, wind up one of the best guards ever to put on shoulder pads.

I must admit I haven’t done much scientific research on this, but when a team has a quarterback who can complete plays by himself with his feet, he can succeed at first, because opposing defenses haven’t necessarily figured him out yet. An Indianapolis team with Ehlinger at quarterback isn’t anything an opposing defensive coordinator has prepared for yet.

In this instance, for this week, it just might work against Washington. So we’re willing to take a chance laying the points.

BetOnline has answers for you if you’re looking to get the most out of your NFL betting experience…….. Not only will you get all kinds of alternative lines, along with different angles through Prop Builder, but you also have the opportunity to get explosive payouts on parlays with Odds Boosters……. They give you all kinds of options when it comes to opening up an account – just use a credit card or virtually any kind of cryptocurrency, which includes Bitcoin!