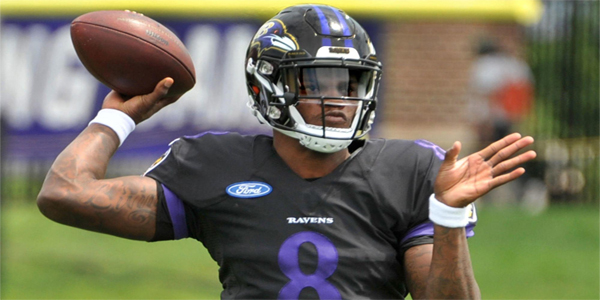 Here is a capsule look at three of the games that will be kicking off at 1 PM ET on Sunday:

This is the showdown that could decide the AFC North – although both clubs should be around for the post-season. The Steelers took a rap for a low level of opposition until beating fellow undefeated Tennessee last time out. And frankly, a dominant 38-7 win over Cleveland should not have been discounted at all.

No one can dispute that the Ravens can put together an imposing ground game. But the Steelers may have the personnel to deal with this, as they are allowing just 3.4 yards a carry and have been by far the best defensive line from the standpoint of Stuff Rate and Adjusted Line Yards.

Let’s not forget that there are certain limitations to Lamar Jackson as a passer, and if you can neutralize what they do throwing to tight ends you’re going a long way toward handling what they can do. We should mention that they have forced opponents to go three-and-out 29% of the time. That leads the league.

While Ben Roethlisberger can not escape pass rushes like Jackson, the emergence of Diontae Johnson and the speedy Chase Claypool makes Mike Tomlin’s team more dangerous down the field. And it should be noted that the Steelers have covered eleven of their last 13 as an underdog. Yes, we’re going to grab any available points with PITTSBURGH.

I was intrigued by something I found when looking at Aaron Rodgers’ line-by-line logs. Aside from the disastrous effort against the Tampa Bay Bucs, who have one of the NFL’s best defenses as it turns out, he has thrown 13 touchdown passes without an interception. And so here we are, with the Packers having gotten back their top receiver last week, as Davante Adams and Rodgers connected 13 times for 196 yards.

Adams’ return from injury has carried obvious importance, especially as Allan Lazard went down to injury. Green Bay has formulated a pretty good running game, which is why we think Jamaal Williams can be at least serviceable in the probable absence of Aaron Jones (calf injury).

We’re not certain at this time whether Dalvin Cook is going to make it into the lineup, as he has a groin injury. We admire Kirk Cousins’ efforts to get the ball down the field, but the guy’s got ten interceptions already. We prefer the efficiency of Matt LaFleur’s scheme, and Minnesota does not have the playmakers on the defensive side of the ball to make a difference. That much was evident in the season opener, with Rodgers exploding for 364 yards and four interceptions. We’ll lay the points with GREEN BAY.

The Bills held the New York Jets to just four yards in the second half last week. But favorable field position did not help them get over the goal line, as all they got was six field goals in the 18-10 win.

And after the Pats’ defense was embarrassed last week against the San Francisco 49ers, who had 197 yards on the ground, we imagine the New England stop unit is going to come out with an angry effort. And we think they’re capable of it. Certainly history is on their side, isn’t it? The Patriots have beaten Buffalo in 35 of the last 39 meetings.

Confidence about Cam Newton is running low right now. He has been relatively impotent in each of the last two games, and the guy who could be considered his safest outlet in the wide receiver is not available. Julian Edelman has undergone knee surgery and so a weak offense gets weaker.

I think the best way for us to go here is UNDER the total.