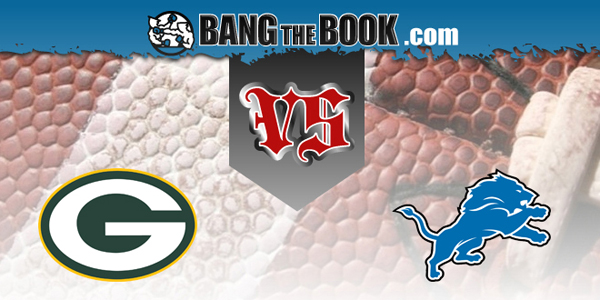 The Detroit Lions seem to have reacted very favorably to the ouster of Matt Patricia, finding some enthusiasm with Darrell Bevell as the interim coach. Now they have to see if they can catch lightning in a bottle again as they face the Green Bay Packers. This will take place at Ford Field in the Motor City, beginning at 1 PM ET on Sunday.

BetAnySports has reduced juice for customers to get a better deal on the odds, with Sports Betting Prime available to keep the action going with real-time wagers after the games kick off.

The Lions showed some real heart last Sunday, as they rebounded from a ten-point halftime deficit to beat the Chicago Bears 24-20. Matthew Stafford threw for 402 yards, 116 of them to wide receiver Marvin Jones. But the defense did allow the Bears to roll for 389 yards.

Having Patricia on hand started to become very much of a burden. And the evidence of that were statements from former players who wanted out of the situation, or who became distressed about some of their colleagues who were let go. One name that comes to mind is Darius Slay, the Pro Bowl corner who had been upset last season that the secondary was being dismantled.

Patricia came into the job amid some controversy, with the press bringing up a sexual assault charge that had been brought against him while he was in college. And there was always that cloud hanging over him about being just another former Bill Belichick assistant who couldn’t succeed in a head coaching job. It should be noted that others from that background – Brian Flores and Joe Judge – have their teams right in the thick of the playoff race.

In the NFL betting odds that have been posted on this game by the folks at BetAnySports, the Packers are a decided favorite:

The Packers were somewhat fortunate last week in that they were able to catch a sinking ship in the Philadelphia Eagles, who had a non-functioning quarterback (Carson Wentz) at the helm.

It almost seemed like another day at the office for Aaron Rodgers, who went 25 of 34 for 295 yards. But Green Bay also got some great news in that Aaron Jones rambled for 130 rushing yards, 77 of which came on a late TD run that really iced the game. For Davante Adams, it also seemed like business as usual (ten catches for 121 yards).

Rodgers, in case you hadn’t heard, hit the 400-touchdown mark, and he has now done that quicker than any other QB in NFL history. So he’s not necessarily being stopped. He is very dialed in to Matt LaFleur’s offensive scheme right now that despite not being a perfect team, the Pack is going to be dangerous to deal with in the playoffs.

It is abundantly clear that Detroit is only going as far as Stafford takes them. They passed the ball about twice as many times as they ran it last week, and let’s remember that Bevell was the offensive coordinator. The ground game truly gets little more than lip service in the Motor City.

The last time these teams met, it was September 20, and Green Bay won by three touchdowns behind 499 yards. But Detroit has covered six of the last seven meetings. The total is so high that we hesitate to dive in, but considering that the Lions’ players appear to be pleased about the presence of Bevell over Patricia, and they are off an inspired victory, they might be worth a small play.