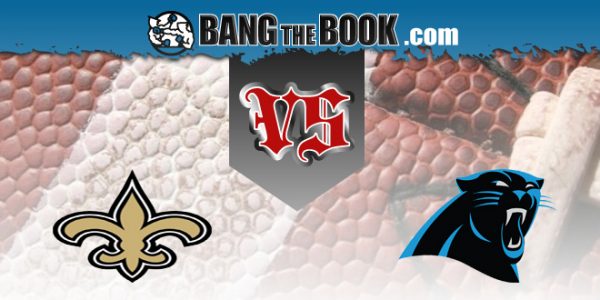 There is actually a scenario by which the New Orleans Saints can clinch the top seed in the NFC and home-field advantage in their half of the playoff bracket. And as it turns out, that might be the only way they’ll be able to use their star running back in the postseason.

The immediate concern, however, is to find some people to play the running back position in Sunday’s game against the Carolina Panthers, which will kick off at 4:25 p.m. Eastern time at Bank of America Stadium in Charlotte.

Keep in mind that if you are signed up with BetOnline, you can do live betting after the kickoff, and take advantage of a virtual plethora of props that are waiting for you on every NFL game.

Here’s the situation for New Orleans to get the top seed, and remember that there is only one first-round bye in each conference: they obviously must win this game, then hope that Chicago defeats Green Bay and that Seattle wins their game against San Francisco. If all that stuff happens, they won’t have to play next week.

And that would be more than satisfactory for Sean Payton, because Alvin Kamara has tested positive of COVID-19, but if all his tests turn out okay, it’s possible that he’ll be able to play in the first round if it is a Sunday game, but not one on Saturday. So naturally if the scheduling doesn’t go the Saints way, he may not be able to hit the field at all.

And what has happened to the Saints this week is the same thing that happened to Denver several weeks ago, in that everybody in the running back room has been deactivated for this game, because of “close contact” and so forth. We do respect Peyton as someone who can improvise, so you may see Taysom Hill taking regular snaps in the backfield. Or you might witness Drew Brees, who is seventh in the NFL in passing efficiency, simply throwing the ball the whole game. But he won’t be throwing it to Michael Thomas, who is being held out until the playoffs.

In the NFL betting lines that have been established on this game by our friends at BetOnline, New Orleans is laying a price on the road, despite these personnel losses, which also includes Latavius Murray:

As you have probably heard, Kamara made huge headlines last week with six touchdowns in a 52 – 33 rout of the Minnesota Vikings, tying an NFL record. He was then fined $5,000 by the league for wearing a pair of cleats that were, well, a little too colorful.

Brees has shown nice form since coming back from his rib injury. Last week he had 311 passing yards. And of course, there has been plenty of speculation as to whether this might be the last playoff run of his career.

These teams met back on October 25th, with the Saints winning a tight 27 – 24 decision. Carolina, which has been without Christian McCaffrey much of the season, had only 37 rushing yards in that game.

But the Panthers were able to impact the playoff race last week with a 20 – 13 victory over Washington, thus making this week’s game for their former head coach, Ron Rivera, a must-win situation. But the effort was greatly aided by four turnovers, and let’s remember that Dwayne Haskins started that gave quarterback for the other side and did badly enough that he got released. The Panthers had only 280 yards from scrimmage.

Interestingly enough, Carolina is seventh in the NFL in yards games per drive, but only 16th and points per drive. Conversely, the Saints or 17th in yards per drive but 5th in points scored per drive. The translation? Obviously New Orleans has been more efficient and a better “finisher.” In fact, the Saints are solid sixth in the league in Red Zone touchdown percentage. Without Kamara and Thomas, however, who knows?

We happen to have a lot of respect for Carolina’s New Orleans connection, which includes quarterback Teddy Bridgewater and offensive coordinator Joe Brady. This team has lost eight games by eight points or less, so they aren’t customarily blown out. And with Brees having to operate with fewer weapons, this may warrant a tighter ballgame than expected. So we’re going to take the points with the Panthers.